In ancient times courts employed fools and by the Middle Ages the jester was a familiar figure. In Renaissance times, aristocratic households in Britain employed licensed fools or jesters, who sometimes dressed as other servants were dressed, but generally wore a motley (i.e. parti-coloured) coat, hood with ass’s (i.e. donkey) ears or a red-flannel coxcomb and bells. Regarded as pets or mascots, they served not simply to amuse but to criticise their master or mistress and their guests. 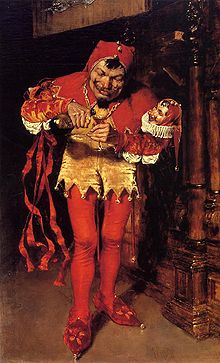 Court jesters have long disappeared but these days it’s more intelligent comedians who have taken their place instead. They usually hold up the mirror of reality out towards us and make fun of the neuroses they see around in our world.  I personally think they serve a very important role since they remind many of us not to get too high on our high horse and with a few intelligent jabs are able to deflate to most inflated of egos. The world needs more of them. 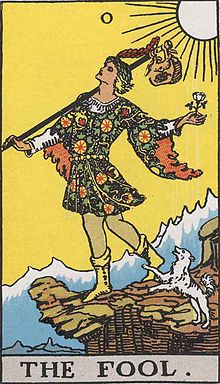 There are many really bad comedians and I don’t need to list them. You see their movies playing at your local multi-plex practically every other month. They usually operate on immature bathroom humor or simple gag jokes. The more blander comedians eventually get their own TV shows on network channels. 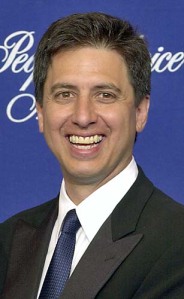 Ray Romano: I don’t understand why people thought his TV show was funny.

Then there are excellent ones like Louis CK, Ricky Gervais, or Russell Peters who have a specific angle, whether it’s relationships or having hilarious immigrant parents…

And then, you have Bill Hicks and George Carlin.

A great comedian is able to transmit very uncomfortable truths in a funny way. They make you look at any subject from a completely new angle. They are allowed to approach subjects which many of us normally never would be permitted to do and name names and call a spade a spade. If you’re acting like an asshole, they are allowed to call you an asshole and they are able to prove it in an often, very funny way. They can get away with it because their humor allows them to get away with it, just like the royal jesters of old, who were even allowed to insult kings. It not only requires intelligence, but also insight and a dash of bravery even for speaking uncomfortable truths. That was also, at times, in the job description of the prophet.

However with the case of Hicks and Carlin, you have comedy which has gone beyond comedy to the point of wisdom.  They saw and understood human nature  and existence  at it’s deepest level in our present civilization, to such  a degree that I am, in some ways, not surprised that Hicks ended up dying young and Carlin became cynical and bitter beyond belief in his old age.  Carlin was nobody’s fool but instead made fools of everyone else. Hicks was able to hit the jugular every single time.

I could go on and on about how amazing these two are but I won’t. Instead I’ll leave a few of my favorite clips of them and you can go and YouTube the hell out of them both.  Or not. Truth comes in all shapes and sizes and can be found in all sorts of unlikely places so listen closely….

3 thoughts on “The Prophetic Jesters”