I have to admit this upfront: I am not a fan of Prog(ressive) Rock.

It’s music from the generation before me and it was and is a genre which I never really connected with. I guess if you were in your 20’s during the 1970’s, and “Pink Floyd“, “Emerson, Lake and Palmer”, “Genesis“, “YES”, “The Moody Blues” were on heavy rotation at your local rock radio station then it’s to be expected that would be part of your musical soundscape. Canadian rock band RUSH, would no doubt be a part of that soundscape. 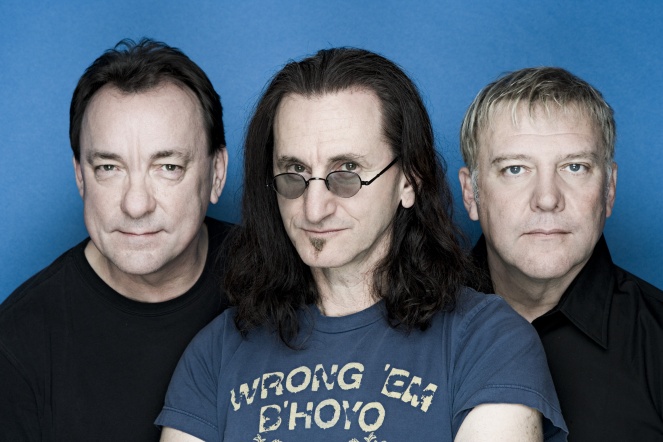 So growing up, I guess you can say that I just lumped RUSH in with the rest of those bands and never really paid much attention to them. That changed one night while watching BookTV, one of those pretentious literature shows where editors from New York and English professors sit down and dissect books and discuss the merits of some obscure title and the works of people like Salman Rushdie or Bruce Chatwin ( I know, I’m weird ).

That night they were discussing musical autobiographies and “Ghost Rider: Travels on the Healing Road” by RUSH’s drummer extraordinaire Neil Peart (not “Purt” but “Pee-urt) suddenly came up. I was extremely surprised and became insanely curious after it was unanimous among this Upper West Side literati set that this was one fantastic and eye-opening read. I would never have guessed that A) they read those kinds of books and B) they even knew who Neil Peart was.

So I rushed over to my local library and got the book and read it cover to cover in a matter of days.

Reader, I was floored. Not only was I floored, I suddenly went out and starting listening to RUSH with a new ear and realized there’s a reason why Geddy Lee, Alex Lifeson and Neil Peart are considered musical geniuses among the music geek set.

Neil is also an intensely private man, most of it due to shyness and is someone who really is into the music for the sake of the music. The celebrity aspect of it is something he hates and tries to avoid. That’s a very hard thing to do when you’re part of a legendary rock trio. Still, he managed to escape the limelight and had a family and lived in a cottage deep in the Laurentian mountains, north of Montreal with his wife and daughter.

In 1997, Peart’s first daughter and then-only child, 19-year-old Selena Taylor, left home and was on her way to study at Queen’s University in Kingston, Ontario. On the way, she was killed in a single-car accident on the TransCanada highway. His common-law wife of 22 years, Jacqueline Taylor, succumbed to cancer only 10 months later in June 1998. Peart, however, maintains that her death was the result of a “broken heart” and called it “a slow suicide by apathy. She just didn’t care.” Peart was a completely broken man and a ghost of his former self.

Peart  told his bandmates at Selena’s funeral, “consider me retired.” Peart took a long sabbatical to mourn and reflect, heal and travelled extensively throughout North and Central America on his motorcycle, covering 88,000 km (55,000 mi). After his journey, Peart decided to return to the band. Peart wrote “Ghost Rider” as a chronicle of his geographical and emotional journey. The book is a first person narrative of Peart on the road, on a BMW R1100GS motorcycle, as he tries to put his life back together as he embarked on an extensive road trip across North America.

And put back his life together again, like Humpty Dumpty, he did. Peart literally rode his demons out into the ground. He met and married a beautiful photographer named Carrie Nuttall and he welcomed the birth of a daughter in 2009 at age 57. A second life became possible.

Neil is widely considered the best living rock drummer on Earth. No joke. The Police’s Stewart Copeland, Lars Ulrich of Metallica and Dave Grohl of Foo Fighters/Nirvana fame all grovel at his feet. He is also the main lyricist for RUSH and allusions to the work of Ayn Rand (“Anthem”), Mark Twain (“Tom Sawyer”) and Farley Mowat are in many of their songs.

Dude and his drum kit.

He is extremely well-read and reads across a variety of disciplines and subjects. A very intellectually curious person, this quality comes out strongly in his writing. Just reading one of his books, generates another reading list of titles based on those cited in his book. He makes them all sound so damn interesting that I want to read them as well. The guy is a genius.

RUSH is playing in Montreal next week and I’m going to the show. I can’t wait. It will be the second time that I’ve seen them live and I can tell you for a group of three guys playing live on stage, their musicality is such that it easily sounds like 7 or 8 musicians are playing instead. Plus the first 10 rows are full of musical geeks air-drumming along with Peart, always an amusing sight to watch.

Peart’s story is really about Hope. Starting over again even when it looks like there is nothing left to live for, that things change all the time, healing is possible, even if the road through it is fraught with dangers, breakdowns, risks and no guarantees. The point is, you have to keep going and you have to keep trying. Renewal and rebirth are possible but only if you’re willing to do the work too. But if you stick with it, the payoffs are gigantic.

12 thoughts on “Rock and Redemption – Neil Peart of RUSH”