Anger is an Energy

Captain Awkward has an excellent post today on “How to train your Rageasaurus”. It’s probably the very first article I’ve read in months which actually makes sense and probably has some of the best advice on handling anger which I’ve read in quite a while.

I had already posted about a psychopathic yoga instructor I had a few years ago. What I did not post about was how deeply angry and hurt the fall-out was to not only me, but many other yoga enthusiasts and students who were also affected by the lies, the literal violence and the betrayal of trust. Afterwards, when talking to other people about it, I’d hear the usual platitudes of “let it go”, “forget about it and move on, you’ll heal faster that way”, “forgive and forget” as if switching off those feelings of rage were as easy as flicking a light switch. In short, the message was “Grin and bear it, forget it ever happened”.

This was also compounded by the yoga community’s usual “blow love and light on it” jargon and the complete inability to acknowledge and understand the emotional and psychic implications of that anger. Moreover, no remedies or ways of addressing this sort of thing were offered in case this sort of thing happens again. To put it bluntly, that individual is free to repeat what they did in another town with another name and there are no mechanisms in place to prevent it.

“This Rageasaurus that you’ve created? It is wearing you out, but it also wants to protect you. The reason that you’re feeling hurt is …because these people lied to you, because they consistently cross your boundaries, because they expect you not to be hurt by their behavior while doing little to make amends, because they behave poorly and unreliably, because they expect you to take on too much of a burden, because these people who are supposed to care for you are making it clear that you have little priority in their shared life. Because they expect you to smile and eat potatoes when they want to play happy , and because you are not in a place where you can do that yet. Because they drain you,. They take an awful lot of your sparkle away, and they don’t give you much back….And your Rageasaurus stands up and roars when this happens. And they are coming from the places where your boundaries are being crossed….In its awkward, clumsy, saurus-y way, your Rageasaurus is standing up for you. When your mother breaks a date, you, the Glue of the Family, accept it. This makes the Rageasaurus roar even more, and you beat it with a big stick, because you think This Is How To Be Good. Then you feel worn out and cowardly. I’d like you to listen to it next time, and accept what it has to say: “No, this is not okay! I don’t like it when people treat you like this! RAWR!”

Society tells us that anger is bad. It especially tells women that anger is ugly and unladylike and that we’d be better off squelching those feelings into dust to then sprinkle them on some flowers. There’s no point in getting advice from friends because they pretty much have the same message in store for you. Spiritual books and teachings also are no better. They treat anger like a poison or an imp that you acknowledge but ignore it and it will eventually walk away.

Society tells us we need to act like Holly Hobby when we’re angry….

…when really, we sometimes want to act like Linda Fiorentino in “The Last Seduction”

I disagree completely. Like weeds which show up on your garden, those weeds are signalling mineral and nutritional deficiencies in the soil itself. 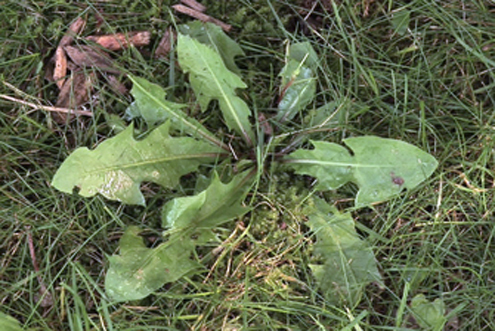 Dandelion weeds means your soil is too acidic.

Anger, rage and discontent likewise are showing up places where you’re either being disrespected, used or hitting your injustice buttons. There is nothing wrong with anger by itself, it’s just another emotion like happiness or sadness, it’s how you choose to express it which counts. You can channel it into activism, you can set up a foundation, you can take up Thai kick-boxing or you can write a story out of it. But before you get there, you need to see it for what it is, anyone who tells you otherwise doesn’t know what they’re talking about.

Your time has come your second skin, cost so high the gain so low

9 thoughts on “Anger is an Energy”