This has been a very interesting month already, no?

First, the Pope decides to step down which has set off a whole slew of questions and theories, everything from the ongoing sex scandals involving priests to Mafia money-laundering operations to imminent arrests over abuses of crimes against humanity.     (Kevin Annett’s website is by far the best one out there if this is something you want to be on top off.)

More and more of the old are going to be facing the end of their roads.

Then there was the meteors hitting Russia and Cuba and the asteroid fly by. The footage caught on film has been nothing short of remarkable and gives first-hand experience of what a sonic boom does. It wasn’t just windows breaking and falling glass injuries. People have reported that some of them, while waiting for the bus to go to work, actually felt the boom, like a pressure hitting them and pushing them back. Storefronts buckled and car tops were pressed down. Looking at the photos of where the meteor landed, it reminds me of that scene in “Superman” when Mr. and Mrs. Kent find Superman as a little boy, by the side of the road.

Mr. and Mrs. Kent finding baby Superman in the film.

Luckily the Russian meteor landed in a remote area and no one was injured.

The Buddhists were right all along. Everything is impermanent and the universe is constantly in a state of flux and change. Who would have thought even a few years ago that we’d live to see the almighty Catholic Church in it’s final and terminal stage? That asteroid fly by was supposed to leave Earth alone. Instead, a rogue meteor coming from the opposite direction, no less, hits Earth within the same 24-hour period. How come not one professional astronomer picked that up given the number of high-powered telescopes around the world? What it showed was that we’re far more vulnerable than we realize or like to think we are. 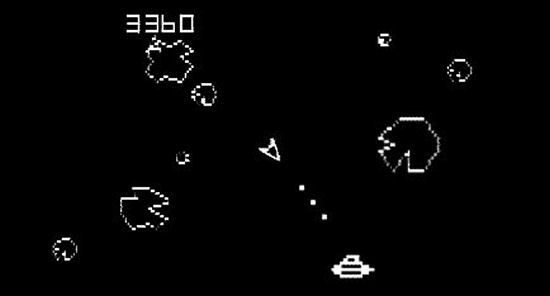 We like to think we’re in such control, don’t we?
A gang of hairless but clever upright-walking apes, who have mastered the use of their thumbs, living on this lonely planet who still can’t figure out how to live peacefully side-by-side, feed, clothe and look after one another irrespective of age, nationality, race, color, religion and gender.

Instead we come up with even more clever ways of keeping us separated and maintaining control over our fellow human being when the whole thing is a construct which was created by someone, somewhere along the line. Whether it’s the concept of the nation-state, the financial and/or political systems we live with, our sense of economics, even things like marriage and the traditional roles of men and women, just about everything if you place it under enough scrutiny and think about it long and hard enough, is a scam of some sort.

A map of the world from space. “See Mom? No lines”

Like some of you may have already picked up, I love Star Trek. I’m almost positive that creator Gene Roddenberry must have been trying to channel something to the masses with the show, that there are other ways to live, other ways we can experience the world and the universe around us. (Little known fact: mystic and mathematician Dr. Charles Muses, Linda Goodman’s teacher, was a behind-the-scenes script doctor on several of the most important episodes but declined credit for his work.)

I remember watching the movie “Star Trek – First Contact” when the crew had to literally travel back in Earth time to ensure that Zefram Cochrane’s (the inventor of warp-speed) historic warp-drive test flight actually took place uninterrupted and beat the Borg from taking over Earth. That warp-drive flight was important not only in ensuring that Earth stayed Borg-free but it also precipitated first contact with an alien species. See, Earth, and in particular humans, were considered to be primitive by alien races, like the Vulcans because we had not yet figured out warp-speed (we were a pre-warp speed civilization) and therefore not worthy of paying any attention to. Cochrane’s test flight was picked up by a Vulcan ship who happened to be in the vicinity. Because the Vulcans saw that someone on Earth figured out warp-speed they came down to investigate, therefore first contact was made and this realization that we are not alone in the Universe then led to a complete overhaul of all human perspective abolishing all old systems of economics, politics, religion etc.

The key here is to realize that people finally understood the pursuit of power is a lose-lose situation for everyone involved in the long haul.

5 thoughts on “Bring on Warp-Speed!”