Sept. 24 1946 ~ May 1, 2013
It is with deep, deep sadness that I just found out that spiritual teacher, writer, shaman and all around bon vivante Stuart Wilde has crossed over to continue his fight against the ghouls in the Aluna World as he called it.
I check his website everyday so I couldn’t understand why nothing had been updated since May 1st and its only after I checked out Zen Haven’s site that I found out that Stuie suffered a massive heart attack on May 1st during a scenic drive in his beloved Ireland and has left this side of the realm and has taken his fight against the Dark Side to the next level.
I’ve always heard that the good go first and this regretfully proves it. I know Stuart read my blog sometimes and I often got a lot of my ideas from reading his. His contribution, his words, his encouragement to those just starting on their spiritual journey were incalculable. I will miss him and his gentle humor greatly. I think he will be one of the fiercest warriors on the other side. If he can fight there, then we can all hold our end of the deal and fight here.
This complete repost from Lala Rukh on Zen Haven’s website says it all and expresses my sentiments exactly.
Below that, I have re-posted Augureye Express’s post
Godspeed Stuie!
——————————————————————————————

Two years ago with these words my life began and so did my love affair with Stuart Wilde. I’ve lived on the fringes as far as memory serves me, I travelled far and wide and often on a road less travelled, lived in different countries, fit in nowhere, stranger among my own family and friends, tormented by fear and alienation and emptiness.

I struggled, rebelled and was desperate to find meaning to all this, my own alienation and the cruelty in the world around me. I read the works of countless new age gurus, religions and was often disgusted by their spiritual elitism and night after night of praying to the ‘deaf gods’ I finally stumbled upon the teachings of Stuart Wilde.

Every day first thing in the morning as a humble disciple I was on stuartwilde.com; hungry for his wisdom, his teachings, his humor and his insights. Even if you are “thick as two planks”, his style of teaching will smack you in the head and make you realize that you possess far more power than you ever realized, the silent power.

“Happiness is relative. The further you get away from your relatives, the happier you are!”

He taught me observation is power and judgment is weakness. He taught me to laugh at myself and be proud of being dysfunctional and liberate from negative thoughts emotions and the daily grind. He taught me there’s light and dark in everyone and that free will is dangerous.

“Learn to trust feelings as they come from inner knowledge.” Finally I realized that even though I was born on the wrong planet, I was lucky to have found a true mentor and guide.

“Refuse to be scared in this life time”

His humor uplifted me on my darkest days.

“Imagine you’re on a plane that’s going to crash, What’s the worst thing that can happen? If you’re in economy, you’ll instantly be upgraded to first class, then you’ll die… Goood! Now you’re liberated”

I was especially touched by his genuine love for his readers, his free gifts to his faithful A-List members, like the St. John Worts seeds, prayer cards, horse stickers, prayers and recordings.

His untimely death has left a massive void, I regret that I never met  Mr Wilde or had the privilege to shake his hands and to tell him how much his teachings and writings saved and helped me. I’m comforted that he will always be around through his timeless teachings.

Lala Rukh
A Warrior and A Fringe Dweller

Stuart Wilde ~ A Warrior Crosses Over

Stuart Wilde
Sept. 24 1946 ~ May 1, 2013
Although we never met, your energy and spirit have been a constant part of my spiritual path for many years, and will continue to do so regardless of whatever realm you may reside in.  Back when I was struggling to understand my place in this world, your light showed me that it’s OK to be a fringe dweller; and that we don’t always get to know the answers we seek.

They say that when the student is ready the master will appear, and that is just how you came into my life with such observations as, “If you cannot say it in 25 words or less, it’s not the God Force.”  Although I gained great knowledge from the various books I encountered before yours, You were the first one to show me how to incorporate that wisdom in my everyday life…the way of the shaman.

Each time my spiritual progress brought me to unexplored territory; there you were showing me the lay of the land, and the way of things from that point on.  You were my trail blazer, my deep recon warrior scout.  Because you knew the way, having been there ahead of me; I knew I would be OK out there on the fringes, just so long as I could see and feel your light.

At one time I think I had the complete set of your little wisdom pocket books, Infinite Self, Silent Power, Miracles, and all the others: but they each traveled onward with other fringe dwellers seeking their way; it’s what I think you intended for them…not to be mute wisdom collecting dust up on some shelf.  You taught me that what other people think of me is none of my business, and that the universe doesn’t count how many times we fall down…only the times we rise up and have another go at it.  From you I learned my true power, and how to deal with psychic attacks from the dark brothers in dark robes.  Warrior, path finder, light house, teacher and healer; you journeyed around the wheel of life, always in service to others.

They say that nobody ever really dies so long as they live on in the memories of those they touched.  But you see Stu, I don’t consider you as having died, it’s too soon, the grief too much to bear at times, so I’m telling myself you just went on ahead to scout the undiscovered country for me, and I know that no matter how dark the coming days may be, your light will never fade from my heart, and never fail to guide me on my way home.

Travel well my Brother, shine on….

“I traveled three million miles to sixty two countries,
I found a sweetness there.
I left before my luck changed.”
~Stuart Wilde~

A song for Stuart

“The trick to money is having some. If you raise your energy people will be pulled to you, when they show up, bill ‘em.”
~Stuart Wilde~

“Nurturing a ‘nostalgia for eternity’ redeems your soul for it carries you silently towards the light even in the darkest times.”
~Stuart Wilde~
“Before I was born one of the Beings asked me how did I feel about coming back to the earth plane? I replied,
“I didn’t mind as long as I had a womb with a view.”

“I tried to tell people the truth about life, their shadow, dimensions, the ghouls and the inner worlds, it was a disaster, they got uptight and attacked me, so I got Khris Krepcik at thehoodedsage.com
to tell them instead. “Genius move Stuie.”
~Stuart Wilde~ 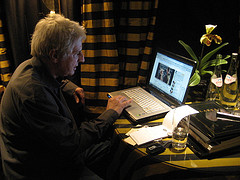 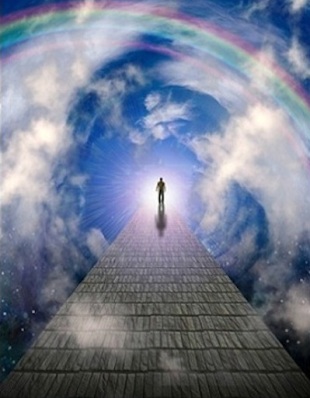