Magic in the Neighbourhood

I have mentioned a few times that I grew up in a particularly idyllic part of Canada, in Southern Quebec, an area known as the Eastern Townships, which straddles the border with Vermont, New Hampshire and Maine. It is in the Appalachian panhandle, the oldest mountain range on planet Earth, which once upon a time, many ice ages ago, was 7 times higher than the Himalayas.

Lavender farm among the hills of the Eastern Townships.

Today they are mostly gentle, rounded hills, meandering rivers, sleepy villages established by the Loyalists (persons who were in the US but wanted to remain loyal subjects of the British Crown so left and came up to Canada), farms, vineyards producing iced apple cider wine and ski hills.
To me the Townships has always been home, not Montreal. 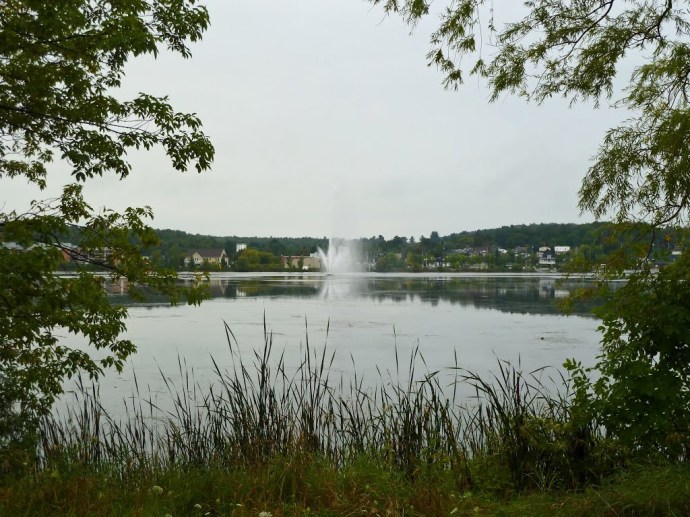 Lac Boivin, I learned how to ice-skate on this lake as a 4 year old, in the winter when it was frozen over.

More particularly I grew up in a town called Granby, a small town established by Scottish settlers. Much of the English-speaking population left the Townships in the late-1970s, early 1980s, when the separatist political party, the Parti Quebecois came into power. Today about 50 000 Anglos barely hold on while the area became more French due to draconian language laws (I’m not going to go into the whole Anglo vs French thing in Quebec but its a constant theme living in Quebec. You can read about it here if you want). Even so, if you ever get the chance to visit, the “STOP” signs are still in English. The wide boulevards, which mark English town-planning are still there. Drive around even more and there are little villages and hamlets with names like Mystic, Aberdeen, East Angus and Waterloo.

In Granby, I grew up practically on the doorstep of the mysterious Brownie Castle, a strange mansion with a hexagonal tower built by the Walt Disney of the Victorian age, Palmer Cox. 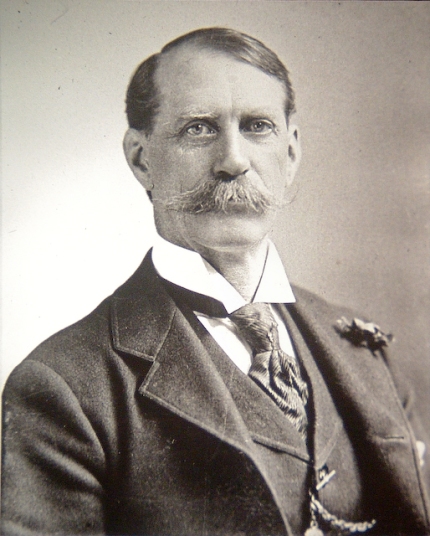 Palmer Cox, back in the day.

Funny how you can live somewhere for years and never really know the history and more particularly, the esoteric history of that place. I only found all this out in late August but Palmer Cox was a very well-known illustrator in the late 19th century, who grew up in tiny Granby and worked for years in places like New York City and San Francisco. His illustrations were in publications like The New Yorker and Harper’s. And then he created, The Brownies.

The Brownies were based on the stories he grew up with from his Scottish heritage, particularly his mother who was from the Highlands. In Scottish folklore, the Brownies were tiny spirits who helped people out in the home. You walk out of a room and come back 5 minutes later and suddenly the floors are mopped or the bed has been made mysteriously. Cox wrote many books about them which were a fantastic hit with kids the world over, not unlike the Harry Potter phenomena.

The Eastman Kodak company using the Brownies for an ad.

The Brownie images were used to promote dozens of products like soaps and shoe shine polish. In many ways, it was the precursor of what we see the Disney corporation do these days with their animated characters. Cox made millions from it, lived in Europe for years and then for some reason, decided to come back to sleepy little Granby to build the Brownie castle. 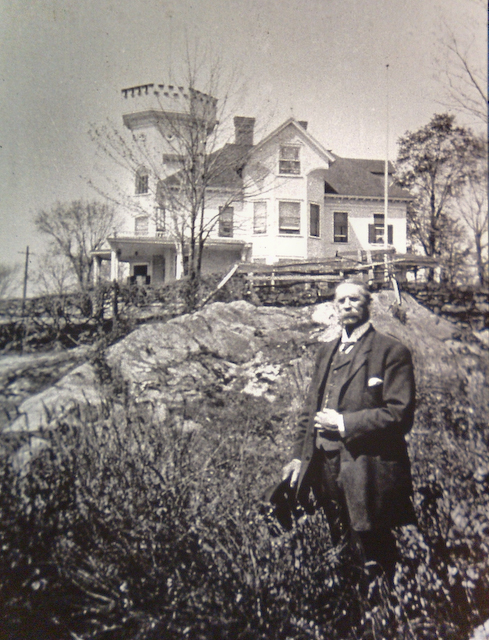 And with the Brownie Castle in the background, shortly after it was constructed.

The Brownie mansion sits in my old neighbourhood.

Across the street from the mansion is the oldest park in Granby, Victoria Park (named after the queen at the time) designed by Frederick Todd, who went on to design Canada’s Parliament Hill in Ottawa, the Plains of Abraham in Quebec City and… Fort Tyron Park in New York City (with Frederick Olmsted Jr.).

The stream heading off into the pool, Victoria Park 1945. It still pretty much looks the same.

I practically grew up in that park, walked through it everyday on my way to school, played with my friends among the rocks and streams and even as a kid, I felt there was something special there. 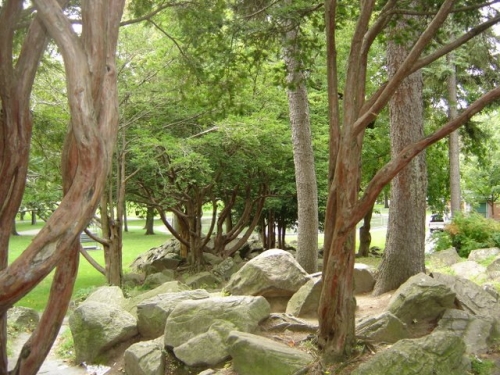 The Japanese Red Cedars, they can live for hundreds of years. Many temples and shrines in Japan have groves of these trees.

In the fountains, in the grove of ancient Japanese Red Cedars, in the ponds and the exposed giant granite rocks, a hallmark of Olmsted and Todd park design, which I found out in my recent NYC trip. Even now, whenever I return to visit, I always catch someone doing something spiritual there. I’ve seen people meditating, I’ve seen people doing Tai-Chi or yoga. I’m not the only one who can feel *something* is at work in that park. There’s some good mojo in that whole area.

Before going to New York, I went back to Granby to look at the Brownie Castle again (today, it is a private residence with three different apartments, I’m not sure the tenants even know or care about the significance of the building) and to visit Palmer Cox’s grave at the Cowie Street cemetery.

I couldn’t figure out why on Earth would Cox come back to tiny Granby after hitting the jackpot and living in glamorous places like NYC and Europe for decades to build a whimsical mansion in the middle of nowhere ? (The park and neighbourhood were developed decades after the mansion was built.)

Cox, was a Freemason, which also has its own set of esoteric teachings, much of it is a mish-mash of proto-ancient Egyptian and Hermetic teachings and rituals, so he was savvy to these things. Frederick Todd, another Scotsman, was also a Mason (in fact a guy I once knew who was thinking of becoming a Mason even told me that the layout of Parliament Hill is based on the layout of the inside of a Masonic Lodge).
It makes me wonder if Cox felt the energy of that area, the benevolent presence of something and felt compelled to return the favour?

8 thoughts on “Magic in the Neighbourhood”