The End of the New Age, what’s ahead and The Loss of an Angel

Now everybody’s talking about this new decade
Like you say the magic number
Then just say goodbye to
The stupid mistakes you made
Oh, my memory serves me far too well

Don’t you know that
The years will come and go
Some of us will change our lives
Some of us still have nothing to show
Nothing, baby
But memories

Well 2017 is here. My own feeling is that from an energetic point of view is that it will be a better year than 2016 (I mean short of nuclear war, could it really get worse?). It’s part of the transition years which will see old orders and old ways of doing things fade away and new models and ideas take root. Most of that is of course up to us individually which is why I can’t stress that emotionally getting yourself to a positive place first is of paramount importance. If we can project ourselves to that happy, magnanimous place first, on an individual level, it will have a ripple effect.

You absolutely cannot get a positive outcome to anything if you’re on a negative train. I’m not saying that people need to become Pollyanna-ish and unrealistic but rather when you do things or think things which make you feel better, stronger, more empowered, whether that is joining a political demonstration like the Women’s March which is happening on the day after Inauguration Day in DC, stop thinking thoughts which place you in a negative whirlpool of emotion, or cutting ties with people who no longer serve you or do you any good, you can’t help but feel better and that then opens other possibilities. 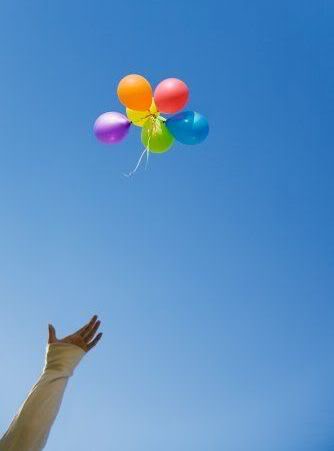 There is great article over at New Dawn magazine by Richard Smoley called “What Happened to the New Age? Sorting Truth from Nonsense” and it’s definitely worth a read. Basically what he’s saying is that the “truisms” of the New Age movement, even if partially true, are now outdated completely. A new mold needs to be created. Everything just feels old and stale. The time of reading about this stuff or buying “spiritual” paraphernalia is over. It’s now time for things to be anchoring in direct personal experience otherwise it’s meaningless.

Steve Judd and Carl Boudreau have both said that the energies of 2016 will continue for the first two months of 2017. After that, real change and real possibilities will start to come in and pick up speed for those who want it. Fortunately or unfortunately, depending on your own personal perspective and preference, 2017 is going to be a year where things will be in the ethers, so this is the time to start dreaming, strategizing and lining up your visions. The energy of 2018 will be much more grounded so that’s when you put your plans and dreams into concrete action. Plan wisely. 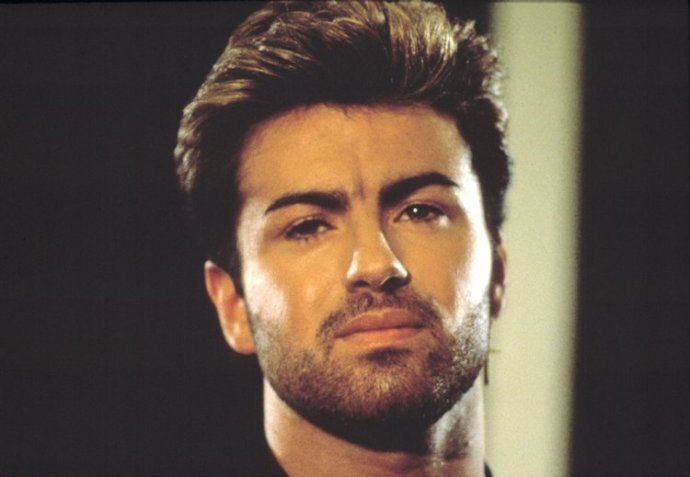 I don’t know why but the death of George Michael left me ending 2016 in a somewhat saddened state. When someone’s music you grew up with dies, a part of you dies with them because of all the memories that music brings you. It defines certain periods and moments in your life. I never saw George Michael in concert, though I regret it now that I didn’t go. George Michael was one of those artists that everyone, and I mean EVERYONE liked at least one of his songs. His music reached out across different genres, styles and crowds. My Caribbean-Canadian and African friends all loved his dance music because he understood funk, R & B and the importance of a wicked groove. My friends who were into hard rock and heavy metal all liked the ‘Faith” album. All my gay friends adored him especially back in 1988 when we were all 15 year olds still stuck in secondary school in a socially claustrophobic suburb and “I Want Your Sex” suddenly landed on the radio and the video was rarely shown because it was so controversial. It was all so taboo and risqué at the time so naturally we went crazy.

I’ve been re-watching all his old videos, in some cases for the first time after 26 years and seeing some interviews for the first time ever and I think what Michael taps into (for me anyway) is that his music brings you right back to a certain time and place in your life. Really good music will do that for you. I was a kid when I first saw the video for “Bad Boys”. All the songs from “Make it Big” reminds me of all the those awful, insecure years as a pre-teen. The lyrics of “Waiting for That Day” brings me back to my first serious break-up and how its pointless to try to get someone back who isn’t good for you anyway. “Fastlove” came out right about when I graduated from university and still in love with someone there.

I think he was grossly misunderstood. The fact that since his death, it’s quickly emerging he was one of the biggest private philanthropists to various charities in Great Britain, particularly those charities related to helping out troubled children, nurses and the NHS and health care research particularly in the aftermath of his mother’s death due to ovarian cancer in 1997. That he regularly volunteered at a London-area homeless shelter anonymously. That his staggering philanthropy was completely private and anonymous is amazing especially in this day and age where any little thing is quickly picked up as news.

Michael even admitted in interviews that his creativity was directly related to his own spirituality and that he only produced 5 albums over a span of 25 years was the fact that he was gutted emotionally and spiritually especially when his Brazilian partner and soul mate, Anselmo Feleppa died of AIDS. Anselmo was the one who made Michael A) realize he was gay and not bisexual B) that it was real love which made him realize who he really was. Michael had barely finished grieving over Anselmo’s death when he then lost his mother Leslie. I don’t think he was ever the same again after that. The sugar-coated pop icon with the deep tan, frosted hair tips and giant white Katherine Hamnett T-shirts was gone.

I think what’s amazing that Michael, once he accepted he was gay, he was completely unapologetic about his sexuality and lifestyle. He wore himself completely on his sleeve. He was what people in the LGBTQ+ crowd call a “bad gay”. Talk to any London cabbie and they’ll probably be able to tell you about his nocturnal visits to London’s leather-boy gay bars and dungeons as well as his frequent visits to Hampstead Heath, a wooded park area in northern London which is well-known for gay cruising among the trees and bushes. One paparazzo tried following him into the Heath one night and Micheal, in his typical cheeky way asked, “Are you  gay? No? Well fuck off then.” Famous or not, there are not a lot of people in the world who are that honest and I have more respect for the person who is honest about themselves and doesn’t hide who they are even if they are a “bad gay” than the poser, fake New Ager, fake guru, fake priest etc. who is preaching “Love and Light”, loving thy neighbor and then acting like a cretinous douche bag when no one was looking.

There was of course the infamous  1998 incident in the public washroom in Beverly Hills where he was outed in a sting operation by a police officer for “lewd behavior”. Michael just took it in stride and used the incident to come “out” to the world at large. But then he turned it around and sent the classiest, funniest, giant “Fuck You” to the LAPD and homophobic jerks everywhere with the boom-cha-ka-wa-wa single and video of “Outside” extolling the virtues of outdoor sex for straight or LGBT couples alike. Dressed as a police officer, Micheal celebrates what happened in a public toilet which then becomes a disco.

Little-known fact but Michael was very political as well and had strong leftist sympathies. He absolutely hated the way Tony Blair acted as George Bush Jr’s lap dog in the lead-up to the 2003 invasion of Iraq. He wrote “Shoot the Dog” and the video pretty much tells it all. Because of his public and vocal disapproval of the war, he also raised the ire of another right-wing nut, Rupert Murdoch who then saw to it that Michael was painted as a troubled, mentally unstable, drug-addled dirty gay man in all his newspapers and tabloids. At the time, Michael was attacked viciously for his stance but now in hindsight, he was right on the money.  (at 7:15 in the video, watch all 4 parts of the interview if you can. Fantastic) Name me one major mainstream pop music act in today’s music scene who is willing to take a stand like Michael did, say about Syria or what might happen if Trump starts off a war with whoever? Taylor Swift? Katy Perry? Justin Timberlake? Yeah right.

Micheal battled depression for most of his adult life and things like grief and dealing with fame compounded it. He also admitted he was extremely emotionally immature and stunted when he first became famous. I think that would explain his risky behavior, drug addiction and troubled life.  At the same time, I can’t help but get the sense of what a generous, big-hearted, intelligent, humble, grounded person he was, who was grateful for what he had but at the same time, scared and unsure of what to do.

Apparently he was very cognizant of the world politically and it affected him deeply how much people were suffering and used his money to help others. I don’t know if you know people like this in your own life, but there’s a certain type of decent person who gets terribly shy and embarrassed when they get caught doing something good or other people see them doing something good. So to avoid the embarrassment, they do everything secretly. I’m almost certain George Michael was like that just based on the stories which are coming out now. He was constantly making fun of himself in interviews. I don’t think he fully realized just how much joy his music bought to his fans and what his music meant to millions on an emotional level or how much of a gay icon he was and is.

One of my personal heroes is Queen guitarist Brian May. Michael of course did a blistering rendition of Queen’s “Somebody to Love” at the Freddie Mercury tribute concert which surviving members of Queen have gone on the record to say it was the best version they had ever seen. May tweeted this about Micheal’s death and I think he pretty much nailed it. “I don’t have the words. This year has cruelly taken so many fine people way too young. And George? That gentle boy? All that beautiful talent? Can’t begin to compute this. RIP George. Sing with Freddie. And the Angels.”