Shake the Tree and the Rotten Fruit Fall First 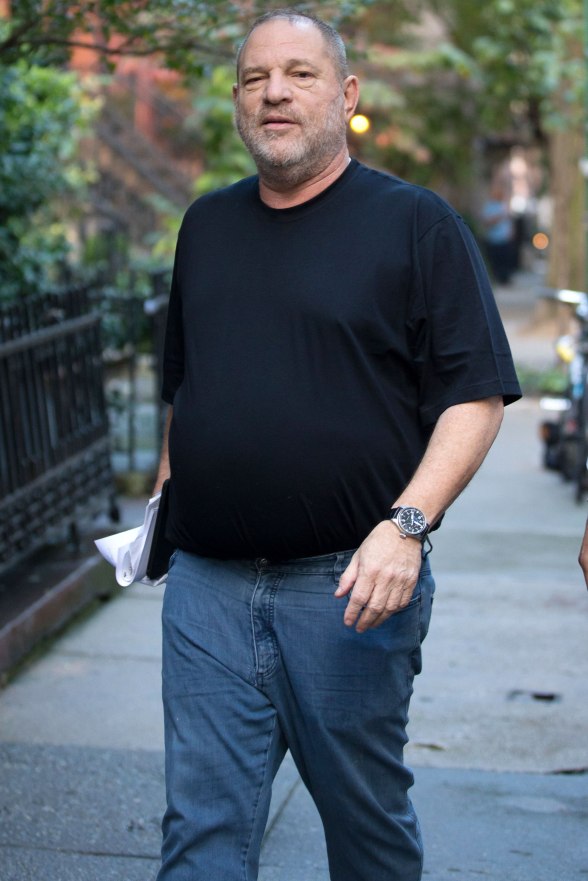 I have watched this Harvey Weinstein sexual harassment”scandal” unfold the past few days and wasn’t quite sure how to tackle writing about it.

To those of you who may not know, Harvey Weinstein was and is (until last week), one of the most powerful and ruthless Hollywood moguls and film producers working in the world. The companies he founded with his brother Bob Weinstein, Miramax Films and the Weinstein Company have been responsible for producing some of the most seminal films of the past 20-25 years. Films like “Pulp Fiction”, “The Lord of the Rings” trilogy, “Trainspotting”, “Good Will Hunting”, practically the entire film catalogue of influential directors like Quentin Tarantino and put no-name generic actresses who literally came out of nowhere on the map and made them household names like Gwyneth Paltrow and Jennifer Lawrence.

Gwynnie-poo, Hillary Clinton and Harvey Weinstein aka The 3 Amigos

His reach wasn’t just in Hollywood, but reached deeply into political circles as well. He is one of the biggest donors to the Democratic National Party, was a huge supporter of Hillary Clinton and one of their biggest fundraisers in “liberal” Hollywood. His reach was global. He was named Commander of the Order of the British Empire in the UK and was made a Chevalier (knight) of the Ordre des Arts et des Lettres  in France. His films have garnered over 300 Academy Award nominations over his life and dozens of wins.

British actress Romola Garai in “I Capture the Castle”, one of the more talented, intelligent but criminally under-rated and under-used actresses in her age group IMHO. Gee, I wonder why…

Well, it turns out that aside from being one of the most powerful men in film culture the world over he’s also one of the biggest pigs since he has a long and sordid history of sexually preying on vulnerable, and powerless women, which not only included aspiring actresses and models but also junior members of his company, journalists and just about any attractive female between the ages of 19 and 30 he encountered.

Renée Zellweger, WTF are you doing?

Look, I’m not even in the same country as Weinstein or work anywhere near the film industry but even I heard about the rumors swirling around him for years. It just took a wickedly good expose in the New York Times last Thursday to finally show the world what the film community has known for decades: Harvey Weinstein is a notorious lech who took full advantage of his place as a well-connected, wealthy, uber-power broker and deal maker to prey on women with far less power.

Follow any celebrity gossip site, and I’m talking about the better ones where insiders in the entertainment industry usually post blind items anonymously (like the comments section over at Celebitchy, Lainey Gossip, Blind Gossip and Pajiba) and the litany of Weinstein’s actions and the list of his partners-in-crime who covered his tracks (I’m talking to you Matt Damon and Russell Crowe) and well as talentless actresses who according to insider gossip allegedly and knowingly engaged with him on the casting couch so that they could advance their careers (Hey Gwynnie-poo, why haven’t you made a public statement since the scandal broke? Or you Blake Lively? Jennifer Lawrence? Sienna Miller? Jessica Alba? Gretchen Mol?)

Harvey Weinstein told Gwyneth Paltrow to do this S&M-inspired photo-shoot for “Talk” magazine back in 1999 even though it was incongruent with her then-blossoming career and image.

Only a handful of actresses and actors and other Hollywood insiders have since spoken up against Weinstein and in support of harassed victims like actresses Ashley Judd and Rose McGowan (Emma Thompson and Glenn Close, you rock!). The majority have remained silent and I find that to be the most telling thing about this whole story. Everyone is still afraid of Weinstein’s influence since he could literally make or break someone’s career. The thing you have to remember about abuse of any kind is that it can only operate and happen in dark, unlit corners where no one talks. Stay silent and you give an implicit green light and free pass to the abuser to continue what he or she has always done. In order to stop it, YOU HAVE TO SPEAK UP.

As far as I’m concerned, anyone who knew what happened and looked the other way or who still have not spoken up, is an enabler and that unfortunately includes some directors, actors and actresses who have worked with Weinstein over the years and are very talented in their own right…and sadly some people whose work I used to at least admire. 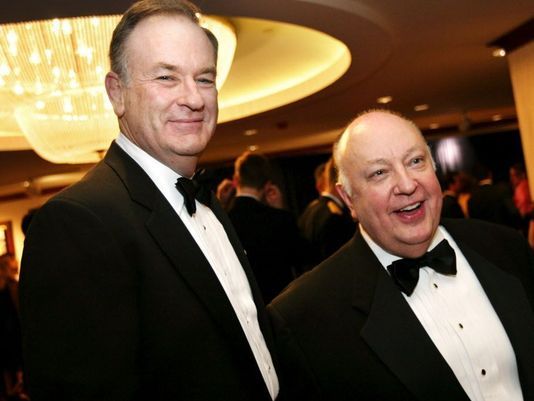 Bill O’Reilly and Roger Ailes. The FOX News network is well-known for its misogyny and chauvinism. It came from the top.

In recent months we have seen some very, very powerful and wealthy men fall due to sexual misconduct and harassment. People like the founder of FOX News Roger Ailes, FOX News nutter host Bill O’Reilly, comedian and philanthropist Bill Cosby and now Harvey Weinstein. These are all men with vast amounts of power, wealth, powerful connections, access to political power, everything you and I will probably never have.

Yet, they fell. And if they can fall, anyone can.

Some journalists have pointed out that perhaps it has something to do with how interconnected we are now with social media, the internet and technology given that everyone has cameras and recorders on their phones now. How in the past, women who were victims, suffered in isolated silence. They were isolated from each other and had no way of reaching out to other victims. However as the Ailes, O’Reilly, Cosby and now Weinstein stories show, victimized women are coming out of the woodwork, they are sharing their stories with one another. That in turn has emboldened even more women to come out of the shadows and share what happened to them. It gets the snowball rolling.

This isn’t really just about sex. It’s about using sexual degradation and humiliation to sexually harass someone in order to exert power over them and then silence them. Something has shifted in the general culture. I don’t think its going to be as easy as it used to be in the past for men to get away with this kind of abuse of power over powerless women. It’s not just in the film industry. It’s in the work place, corporate world, university campuses, its mothers who have internalized patriarchal values and transmit that to their sons within the family, it is just about everywhere.

I have maintained since I began this blog about 5 and a half years ago that there is a shift of the ages which is underway, call it what you will, Age of Aquarius, end of the Kali Yuga, Truth Vibrations, moving into 5D etc. Two of the hallmarks of the incoming age is respect for the Divine Feminine (and that includes respecting women as conscious beings equal in power and worth to men) and the impossibility of wearing false masks. Work against those two basic precepts and you are asking for trouble and asking to be exposed. Go against this incoming tide and I’m afraid, you’re not going to make the cut.

Harvey didn’t get the memo, that’s for sure.