The Trident of Clemency

I admit it, I watched Lance Armstrong’s admission of guilt last night with Oprah Winfrey.

Lance and Oprah discussing his cheating . 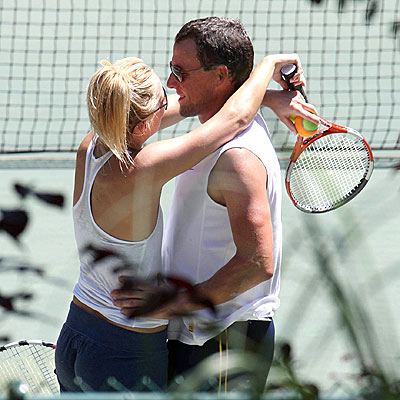 Actress Kate Hudson and Lance about to get smootchy.

In all honesty, I could really care less about Armstrong in general but it got me thinking about the nature of apology, forgiveness and redemption. We have all done and said things in the past which we’re not proud of, that’s a given. We’ve all had bad things happen to us by the hands and words of someone else, no doubt.

But when I watch “comeback” stories, people who have literally gone through the wringer for something they did or said, gone a few turns on the wheel of fortune, through a few levels of hell and come out on the other side, not only whole, but somehow wiser, kinder, more understanding, more authentic, there is one quality which seems to be the common denominator: Humility.

Humility also comes in the same territory as taking full responsibility for your actions, admitting what you did was wrong and then trying to make amends, I think. People, like the Lance Armstrongs of this world, seem to think that a “I’m sorry” is enough and walk away as if nothing happened. I guess it depends on the seriousness of the consequences of your actions but that’s like just saying “I’m sorry” to a mother after you plowed down her son while driving drunk. It just doesn’t cut the mustard.

Amends also have to be made, not grudgingly but one of complete admission and humility. In my tiny opinion, it needs to come from a place of truth if it’s to mean anything. It’s a 3-prong process, admission, seeking forgiveness and making amends. Depending on the severity of the incident, sometimes these things take years to unfold. Unfortunately what I see nowadays is the sensationalizing of admission and some forgiveness but not much on the amends part.

The Reverand Jimmy Swaggert crying his crocodile tears when he got caught with his pants down…literally.

Canada’s Native and First Nations communities have come alive in recent weeks with the “Idle No More” movement. There have been blockages are strategic border crossings and rail-lines, all in support of Chief Theresa Spence’s hunger strike. She is asking for a face-to-face meeting with our horrible Prime Minister Stephen Harper to discuss the myriad of legitimate grievances which First Nations have put up with for far too long. 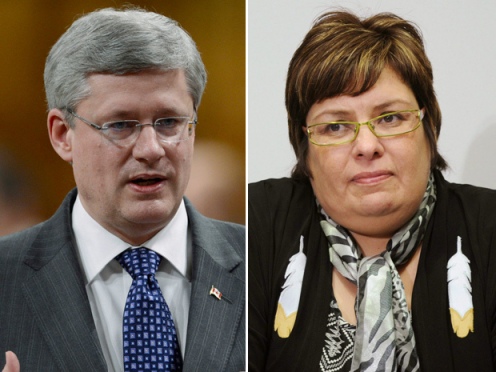 The trauma of residential schools, the humiliation of the Indian Act, a piece of legislation written up in times of racial and cultural ignorance and bigotry, that Canada’s rich natural resources are stolen, mined or sold and not a whit of the profits go back into these communities but rather, lines the pockets of corporate fat cats in Calgary and Toronto. Communities which often don’t have proper drinking water, among the highest suicide rates in the world and the lowest life expectancy rates in the West.

Canada, along with countries like the US, Australia and New Zealand due to British and French imperial powers, along with what Spain did in places like Mexico and Peru, have yet to make proper amends to Aboriginal communities for the genocide, planned assimilation and deliberate ruin of those civilizations and cultures.

Yet when a Hugo Chavez in Venezuela or an Evo Morales in Bolivia shows up (both leaders with Indigenous backgrounds incidentally) and decide to add extremely progressive and sensible legislation to their countries like considering the natural world a legal entity of its own with rights which need to be respected, they are written off as flakes or Marxist dreamers. A “sorry” here, a reservation there, a dinky treaty written under imperial laws and decrees, just doesn’t cut the mustard.

This culture of faux-apology is everywhere. One yoga instructor I heard about took advantage of his privileges as a yoga instructor and not in a good way. Things finally caught up to him with the unfortunate result that he lost many friends and business contacts. Sadly, despite the fact that he was a pretty good instructor from a technical point of view, he now has a bit of a questionable reputation among the more established yoga community. From what I understand he’s trying to get back his credibility but I don’t see that happening anytime soon. He never bothered with that 3-prong process I mentioned. (OK, I’m talking about  John Friend of Anusara Yoga fame and his attempted recent “comeback” called Shri Daiva Yoga.)

South Africa was able to get past it’s awful Apartheid past when they instituted the Truth and Reconciliation Commission under the moral leadership of Archbishop Desmond Tutu . The ANC offered amnesty to those who tortured or killed others under apartheid in exchange for admission and truth.

Is it that hard to take those same principles and apply in our own lives?

Here’s brilliant vlogger Jay Smooth taking Chris Brown to task for assaulting Rihanna a few years ago  and why he needs to get a grip on himself and why it’s NOT ok to play the victim when you knowingly did something wrong….

Categories: Ascension, Politico, Pop culture, Raise your EQ, This is why the planet is screwed up, Yoga | Tags: amends, apology, Forgiveness, stop being a douchbag | 12 Comments