I have to say that between the death of Motorhead’s Lemmy Kilmister, David Bowie and now Prince, 2016 is shaping up to be the year the music died for some of us….
I’m still reeling from news of Prince’s death but for those of you who are interested, David Icke just posted a fantastic video explaining in detail what made Prince the magus of music that he was (Prince apparently was also into Icke’s books and work and invited him to his show and a meeting afterwards). And he was indeed a magus, albeit one decked out in purple velvet, assless chaps, lace, killer high heels and a bevy of biracial beauties like Apollonia, Vanity, Sheila E and Mayte Garcia surrounding him.

Prince and Vanity rocking the cover of Rolling Stone magazine

If you read some parts of esoteric literature, they say that the most gifted artists, whether they be musicians, scientists, writers, actors, sculptors, painters and dancers are usually those who are channeling something from a different dimension and bringing it into our awareness to understand and learn from and I believe it. All you have to do is really sit down and listen to Beethoven’s Ode to Joy, look into Nikolai Tesla and his work, read the works of Rainier Maria Rilke, look at the acting work of thespian heavyweights like Sir John Gielgud, study the sculptural work of Michelangelo, examine the paintings of Dante Gabriel Rossetti or Salvador Dali or look at the dancing of Gene Kelly and it becomes fairly obvious that the inspiration and talent is otherworldly. In my mind, Prince’s constant dedication, “tuning in”, connection and immersion to music and music alone, places him in that category. 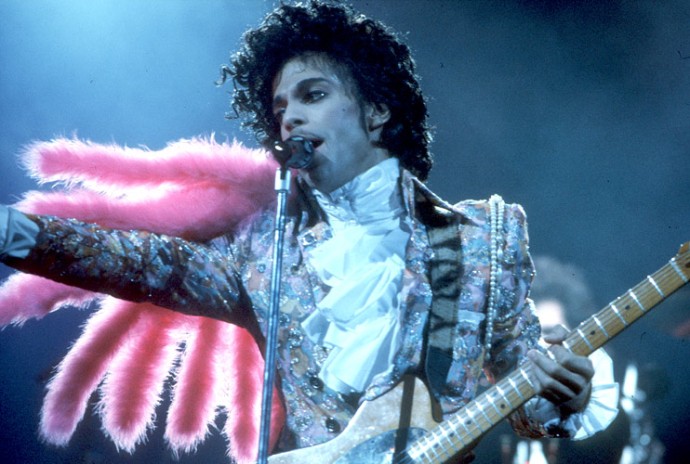 I don’t care what anyone says, Prince had a fashion sense all his own and it worked. A classic case of the man wearing the clothes and not the clothes wearing the man. You need a massive personality and supreme confidence to be able to swing the kinds of threads Prince did.

Some people think Prince was weird. I don’t think so. Like Bowie, he lived on a completely different frequency, one that only he could understand and most dull human ruminants never will, not in a million years of evolution. So of course when you compare Prince to people like that, he’s far from “normal”.

You have to have a certain kind of swagger to pull this off.

If you either listen to or read the lyrics to most of his songs which he performed for himself or wrote for others, it’s very clear that Prince’s two main preoccupations were around spiritual angst ( like “Controversy”, “Let’s Go Crazy”) and of course sex (“Cream”, “Darling Nikki”, “Sexy MF”, “Nasty Girl”, “Sugar Walls” and my favorite, “A Love Bizarre”). In all honesty, I don’t think he was a sex pervert or a  musician with a dirty mind like some journalists have written about. No doubt about it: he enjoyed sex and truly loved the company of  women, not merely as sex objects and window dressing  but as women and all they are capable of doing. Just by going with his lyrics, never mind the provocative dancing, costumes and tongue-lashing on stage, women understood automatically that here was a guy who REALLY understood women. By every account, all his former lovers have nothing but praise about him and his gentlemanly treatment towards them. That instantly makes him a class act in my book.
In fact, given how sex-positive he was in his lyrics (“Darling Nikki” is about female masturbation. When Tipper Gore – Al’s wife – heard her daughter singing it, she went apeshit crazy and tried having his music censored), I’m almost certain that Prince understood that sex (when done right and with the right partner) , isn’t just a fun, hedonistic, pleasurable  thing to do, but could be a major gateway towards a profound spiritual experience capable of taking you outside of yourself completely, something which the Indian Tantrists having been saying for thousands of years already. He just tried to explain that publicly through his music.

Spiritually, Prince was a Jehovah’s Witness (in theory) but given his sensual lifestyle, I don’t think he followed the teachings to the letter but just made it his own. He was definitely plugged in, he understood a conspiracy and a scam when he saw one. That was part of the reason why he turned his back on the record companies and their vulture-like darlings for a while. Like Ickey pointed out in his video, Prince followed David Icke’s work and openly discussed chemtrails on the Tavis Smiley Show in 2011.
I think because he was so aware of how negative psychic, subtle and energetic influences could wreak havoc on one’s creativity and in one’s own life, he was intensely private, very selective about who he spent time with and only surrounded himself with people he trusted and who wouldn’t hinder his creative output. History is rife with examples of artists and creative types settling with a spouse or partner who is either emotionally demanding, a psychic drain or just not on the same frequency and thus having their work and art suffer for it terribly (Actor David Niven and philosopher Bertrand Russell immediately come to mind). Prince understood that keenly and I think that’s why he was even more selective about his various muses and their rapid succession.

What’s also amazing about Prince was that he had, by far  the most diverse and broad base of fans and listeners among most musicians today. The thing with many musicians is that many of them only appeal to a specific audience, like Led Zeppelin appealing mostly to those who like hard rock. Or R & B artists like Sly & the Family Stone and Earth, Wind and Fire appealing to a largely African-American audience. Not so with Prince. He had legions of fans around the world, across genres, cultures and languages. Even if he did play funk and jazz, he counted many hard rock musicians as admirers. Even if he did play the electric guitar like Jimi Hendrix, he still had a huge fan base among African-Americans. It was this kind of musical intersectionality which appealed to almost everyone in one form or another. That kind of universal appeal across a broad spectrum of tastes and genres is very rare and it takes a special kind of genius to pull it off with panache and class.
I first got into Prince when I first heard “Controversy” as an 8-year-old and dancing to it with my babysitter. Not long after, when he hit mainstream success all his biggest hits came on the airwaves and MTV in rapid succession during my tween and teen years. You know what I’m talking about, songs like “1999”, “Little Red Corvette”, and basically the entire soundtrack to the autobiographical film “Purple Rain” and his more funk-based work like “Cream”, “Kiss” and “Raspberry Beret”.
Of course this was his more accessible work but the truth of the matter is that he never stopped producing music. It was in his blood. There’s still a ton of music he’s never released publicly and never got airplay because it was either too experimental, jazzy or different. We’re talking thousands of hours worth of music here. I also saw him last year in concert here in Montreal and all I can say is that when you attend a Prince concert, it’s literally a joyful, non-stop all-night dance party involving thousands of people. It’s not just a show, it’s an experience.

I think Prince’s basic message is that you have to stay true to your gift and true to yourself, in whatever form that may be. You cannot compromise on your art to suit other people’s tastes and inclinations, that as an artist it is your sacred duty to remain as true to it as possible, to stick to your own vision. As long as you remain true to yourself, the work will speak for itself. It certainly has for Prince.
Truthfully, I’m not as upset about Prince’s death as I was about Bowie’s. When you have such rare, talented souls, you begin to understand that their presence among us is a blessing, a transient one, but a blessing nonetheless. There are some Facebook threads asking which star or galaxy he’s returned to. Some say the Pleiades,  others say Arcturus. I say who cares. He was here for a while, gifted us with his amazing music and talent and now he’s gone back home, where ever that is.  I’m sure he’s happy and jamming like crazy at whatever star he’s gone to.
Stay well, sweet Prince. 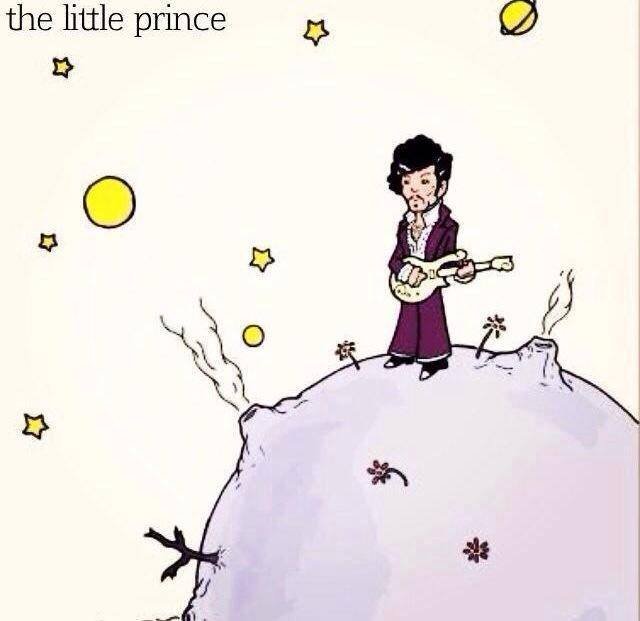