The Dismantling Has Started

Hope many of you Shifters rode out the Cardinal Grand Cross in an OK fashion?

I have not been writing lately since I’ve been busy with another project and it kinda requires much of my attention. That’s not to say that I haven’t noticed a couple of things happening which I think merits a good pointing out.

Many of you may be saying, “What’s the big deal about the Grand Cross? – nothing happened.” I would respectfully beg to differ. I think something DID happen, albeit not in a hit-you-over-the-head-with-a-baseball-bat kind of obvious way.

First off, I would like to point out the basic energy of the Grand Cross was about getting rid of the old mousetrap because it doesn’t work anymore. Regardless if bankers, politicians, money or power or any other sort of “interest” was/is invested in keeping the old in place. If it’s broken, throw it out.
Secondly, powerful institutions like banks, corporations even nation-states just don’t fall apart overnight and in an instant even if some of us wish it was that easy. (It took at least a week for the Berlin Wall to fall and it only did so when the security apparatus of the East German Stasi fell apart and Erich Honecker pretty much lost all legitimacy. This is KEY).

Remember the story of the Little Dutch Boy?

I believe in the little-crack-in-the-dike theory. Tiny cracks appear and if not plugged quickly, cracks get bigger and bigger and before you know it, it just breaks apart. We’re starting to see the little cracks. Why? Because before the big starts to fall apart, it always starts with the small first and that leads to a cumulative effect which then affects the big.
Case in point:  Conspiracy websites and researchers for YEARS have been saying that Hollywood, the film industry, sports industry and the entertainment industry at large runs on sex cartels, racism and unaccounted power and privilege. That’s nothing new. It’s been going on since the casting couch was first invented. However, the magnitude of what they have been saying  is quite correct.
Hollywood director Bryan Singer, director of such films as the X-Men franchise has been outed as a bit of a sexual predator who preys on younger, vulnerable men. I’m not going to mention the lurid details here but Gawker and the Hollywood Reporter has all the juice should you want to read up on it.
And now the big story is LA Clipper’s owner, bona-fide douchebag/wanker, Donald Sterling and the racist remarks he made which were caught on tape by his former “mistress” Vanessa Stiviano (who incidentally is half Latina, half African-American).

V.Stiviano (left) and her former sugar-daddy Donald Sterling (right). Girl, where the hell is your dignity? What the hell were you thinking hooking up with him????!!!! No amount of cash is worth it!

They have since gone viral and the NBA along with many African-American basketball players, past and present, are calling for Sterling to leave the NBA and sell the team and just go away.
As gross and horrible as the Bryan Singers and the Donald Sterlings of the world are, my question is if people knew these guys were doing these sorts of things and carrying these sorts of attitudes for years (Sterling has a history of discrimination with his rental units and real estate in LA), how come no one said anything, publicly stood up to them or challenged their power when there was ample evidence of their wrong-doing?
To me, the bigger picture of what’s wrong here is how such atrocious behaviour and attitudes can go on, unchallenged and uncontested, with most people just looking the other way and a business-as-usual attitude which keeps those very systems of power and privilege in place. 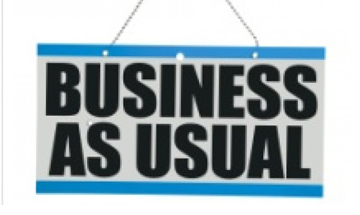 See, I think the cases of Singer and Sterling represent the small cracks. They’ve set a precedent of sorts especially these days since racism is so politically incorrect and unacceptable and diversity is the name of the game now. Rape and any sort of sexual misconduct in the absence of consent is just plain wrong no matter how you cut it. I was initially psyched to go see the new X-men film since it was filmed last summer here in Montreal,  and many of the cast members trained at my yoga studio but now, I have no interest whatsoever to add a single penny to Bryan Singer’s coffers. 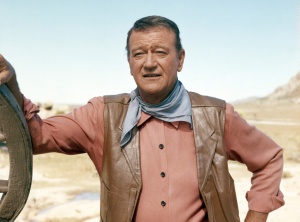 The entertainment industry needs to stop glorifying bigots like John Wayne. (Besides, he was a crappy actor.)

I have a feeling more and more people will be less hesitant in the future to speak out now in those industries.  I think all the douchebags have to be outed (and I hope they are). Whether it is bigoted team owners, soccer players, crazy comedians or actors. No exceptions. There’s always a domino-effect to these things. Once it happens to one industry, it eventually hits others as well.
There is a solar eclipse tomorrow though no one except maybe a handful of people in Tasmania and Antarctica will see it. Astrologers seem to be divided on the importance of it but I still think it’s a powerful time for intention-setting.
Do what you gotta do.
Categories: Ascension, Ch-ch-ch-changes, Conspirio, Raise your EQ, This is why the planet is screwed up | Tags: Astrology, Bryan Singer, Donald Sterling, Grand Cross Effects, institutionalized racism, racism, rape, Solar Eclipse, the hidden coming to the surface | 4 Comments