I don’t know what it has been like in your neck of the woods, but it’s been a strange, strange summer for almost everyone I know. With the alternative research community going crazy over the Zen Gardner fallout, it now looks like Aussie researcher Max Igan has outed another so-called “Truth Warrior”, Ken O’Keefe.

(There’s a pretty hilarious fellow who goes by the name of C.W Chanter who has been posting videos about all this stuff on Youtube lately if any of you are interested). 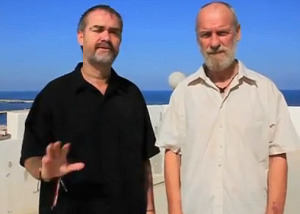 For those of you that don’t know, Ken is a former Navy Seal-turned-save-the whales-activist-turned-Save-Palestine activist (he was on the Gaza flotilla when it was raided by Israeli soldiers in international waters a few years ago). He’s been highlighted on places like RT and PressTV for his stridently pro-Palestinian stance but according to Max, it turns out he made some bullshit non-profit drive called ‘World Citizens Solutions‘ and pocketed the donations to go buy land in Dominica and retire.
With this back-and-forth with Old Man Saturn in Sagittarius, the planet of karma doing his dance around the sign of higher progressive thought and philosophy, in some ways I’m not surprised some of these guys are being outed now. There will be more to come, not just in the alt research community but everywhere else I’m afraid.
I’m a firm believer that you have to listen and watch news sources you never would normally do if you really want the truth on anything. Remember the cardinal rule: There’s always three sides to any story, your’s, the other person’s and the Truth is usually somewhere in between. Syrian leader Bashar Al Assad gave a fantastic interview to MSNBC a few weeks ago, made the journalist look like a bumbling idiot and exposed American and Western intervention in the Middle East for what it really is: an attempt to destabilise the entire region, institute regime change (i.e.. put in a puppet leader who will follow the orders of Washington and London ahead of the best interests of their own people) , create a new and larger Israel and pave the way for Americans to get into and control Central Asia. Assad is many things but stupid isn’t one of them. Before politics, he was a trained ophthalmologist and doctor. Hezbollah leader, Nasrallah goes into exact detail why this is happening. ISIS is an American/Saudi/UAE/Israeli creation and paid proxy. Nothing more. Once everyone understands that, the jig is up.
From what both Carl Boudreau and Steve Judd have indicated, there will be an intense series of eclipses taking place which are going to rattle people and places. There’s a solar eclipse on September 1st and then another lunar one on September 16th and a Mercury retrograde happening the whole time. Steve predicts more geological changes and people’s irritability buttons are gong to be pushed, big time.
Carl had this to say:
“This surge of eclipse energy from the mutable T-Square will accelerate the demise of global oligarchy and hasten the end of the gross political and economic inequality threatens global stability. The eclipse energies will trigger and accelerate karmic consequences for using dishonest and manipulative language. This will further cleanse our politics and economics of toxic rhetoric and hasten the end of the oligarchic institutions and practices that it supports. “
So it would seem whether you are a powerful oligarchy, a mighty government and military with a false sense of entitlement, the myths of nationalism or an internet New Age shyster on a soapbox, your words are going to come back to haunt you. Truth only needs two things to help it come out: Perfect Timing and Perfect Opportunity. That’s an iron law.
————————————————————————————–

Because of this whole Zen Gardner fall-out, one of the side effects is that a certain Native American word has been making the rounds on many sites lately. It started out on Paul Levy’s website where he talks about “wetiko”, a psycho-spiritual illness which induces blind-spots which makes people to destroy the very base the live on, the land, the air and the water (it’s not a coincidence that the stand-off between pipeline companies and Native American tribes is now taking place in North Dakota over access to safe water. Chief Arvol Looking Horse of the Lakota nation has put out a statement on this and it is well-worth reading and thinking about.)
“Wetiko—whose origin is within the human psyche—induces a psychological blindness such that those who have fallen under its spell not only think of themselves as sighted, but arrogantly believe they are more sighted than those who are clear-sighted. Instead of inducing people to see hallucinations that are not there, in what can be thought of as a “negative hallucination” the wetiko bug makes people unable to see what is there. Wetiko (I could—and did—write a book about it called Dispelling Wetiko: Breaking the Curse of Evil) can be thought of as a mind-virus that covertly operates through the blind-spots of the unconscious in such a way that those under its spell become its unwitting instruments to act it out—destructively—in the world while, at the same time, this virus of the mind surreptitiously hides itself from being seen.”
And that folks, is the basis of capitalism, indoctrination and the cult of individualism, right there.

Wetiko is what makes you look for more when you already have enough. Wetiko is what makes you afraid to share. Wetiko makes you suspicious of others. Wetiko is a hunger in the mind and soul which constantly needs to keep eating, buying and taking because it is never satisfied. Wetiko makes you covetous of what others have. It makes you want things you don’t really need. Wetiko is when you want something, know its inappropriate for you but don’t want to admit it so you look for an excuse, reason or justification to take it (I would say this is 99% of academic work and justifications for continued white privilege and cultural appropriation). In fact, it sums up the greedy colonial and imperialistic mindset very neatly, if you ask me, whether its Spanish, English, American or Chinese. If this world will have any chance at all, we all need to individually overcome Wetiko. Naming and identifying an illness is usually the first step to treating it.
—————————————————————————————
Speaking of idols, David Icke has finished up his Australia and New Zealand portion of his world speaking tour. I’m heading down to New York next week for a few days off and to take in his Brooklyn show. A friend saw him in Sydney (and momentarily met him too, outside the venue) and said it was worth every minute even if it is an all-day show. I’m almost positive that the New York and especially the L.A show will be filled with celebrity and insider types given that folks like Jim Carey and Johnny Depp and practically every sci-fi screenwriter in Hollywood in the last 15 years follow Icke’s work. 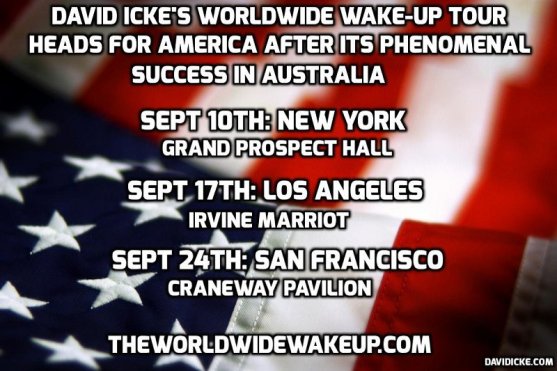 If there are any readers who want to meet up for tea or drinks, let me know, my email address is on my profile picture. I’m always up for connecting to new people and new faces. (David, if you do read this, I’ll be sitting somewhere near the front and will have an outrageous mango-orange colored hoodie on, waving like crazy).
More info. to follow.
Categories: Ch-ch-ch-changes, False prophits, Politico, Travels | Tags: Astrology. Carl Boudreau, David Icke, False teachers, Ken O'Keefe, Max Igan, New York, spin agents, Steve Judd, Wetiko | 3 Comments