6 Ways We Can Re-Boot

A few random things have to go if we’re going to all go forward in any meaningful way.
1) Petro-dollars have to become a thing of the past.

Seriously. Because if petro-dollars go, that means annoying assholes like the Royal House of Saud will finally come down. Saudi Arabia only gets preferential treatment because it sells much-needed oil to Western democracies and that’s why it gets a seat on the UN Human Rights Council (what a fucking joke, the country with the highest amount of executions and beheadings, a royal family with literally thousands of members who act like douchebags where ever they go, keep women as sex slaves in their compounds and when women do protest, they get whipped.)

I could go on and on about why everybody hates Saudi Arabians, how they were virtually penniless Bedouins before the discovery of oil, how they could only make money from Hajj pilgrims before petro-dollars, how within progressive, educated Muslim circles, in India, Bangladesh, Pakistan, Malaysia, Indonesia, Turkey, Bosnia, Albania, central Asia and Palestine, “Saudi” is a code word for a lecherous sex pervert, of how these same petro-dollars is funding Saudi Arabia to spread Wahhabism, a radical form of Islam which was once a marginal movement and only located in Saudi Arabia and now it’s being exported everywhere at the expense of pluralistic, more open-minded forms of Islam (i.e Asian Islam, European Islam, Central Asian Islam). No thank you. End petro-dollars and maybe the alternative, renewable sources of energy (and its associated economy) may finally have a chance as well as giving millions of Muslims a chance to re-examine and reform their religion in a more progressive direction without fear of any form of retribution from Saudi Wahhabi psychos.
2) The world needs to change its eating habits
If you’ve never read any of Michael Pollan’s books or watched his videos, take some time out to do so. I first read Pollan’s books about 10 years ago and since then, he’s been featured on just about every documentary that talks about the food industry, GMOs and anything related. Basically what Pollan is saying is that the disease epidemic we’ve finding ourselves in, especially around obesity and diabetes, have direct correlations to processed food. The amount of ready-made and/or fast food we buy and eat, convenience-food people stock up on in super-markets either because they’re too lazy or too ignorant to cook, all of it is taking its toll on us. Bottom line: Eat whatever you want as long as YOU make it from scratch. If it has ingredients your grand-parents or great-grandparents wouldn’t recognize, don’t eat it (i.e fruit roll ups, heavy processed foodstuffs, carbonated drinks etc.). Learn to enjoy cooking.

I quite frankly find it meditative to chop veggies, scour vintage and thrift shops and find amazing discontinued cookware brands or beautiful dinnerware and glassware which I can then put to use.

Luminarc of France once made these wine glasses specifically for Alsatian or Riesling wines. They have long been discontinued and you can only find them on ebay or thrift shops once in a while.

Food still has a way of bringing people together and creating a sense of community. Usually when I invite friends over to dinner, I try out recipes for my slow-cooker like African Peanut Stew, Beef Bourguignon, Punjabi Lamb Shanks or Butter Chicken. I come home from work, pick up a baguette for a roasted garlic spread,  a bottle of wine, fix up a salad  and you’re ready to entertain.
3) Make an effort and go along with the Global Awakening

David Icke has been saying in the past 10 years or so that the years 2016, 2017 and 2018 are the pivotal years which will determine the path planet Earth and humanity will take. Do we end up in a world which to paraphrase George Orwell, is a boot stamping on a human face forever, or one in which the citizenry and population are bright-eyed and bushy-tailed and brimming over with awareness, emotional intelligence, freedom and personal empowerment and keep banksters, corporations and elected officials in their place. It’s your choice. It can happen at the ballot box, whether you check off names like “Bernie Sanders” or “Jeremy Corbyn”, or if you decide to join activist groups in your community to make energy providers more accountable and halt the deployment of smart meters, the spraying of chem-trails or becoming a gonzo journalist. Film everything weird happening around you, or record incriminating conversations even if it’s on your phone, upload it on the internet and let the world know how corrupt some elected officials and their henchmen are. You can do all that kind of stuff anonymously now. In that case, I’m a big fan of exposing assholes.
4) Be an anti-consumerist.

Stop buying crap you don’t need just because you saw a TV commercial for it or because all your friends are buying it. Even stupid magazines like “Real Simple are full of it since they’re basically encouraging you to buy even more stuff.
Save your money and invest in having experiences instead. Renew your passport or apply for one if you never had one. Get out of your comfort zone and go to a country where no one speaks your language. Bonus: Many of these countries are super-cheap and your Western currency will take you further along. Sign up for classes which interest you (cooking, stain-glass making, making mosaics, knitting, beer-making etc.) instead of hanging out in bar or online dating sites like OK Stupid if you want to meet new, interesting quality folks. Go to speaking events or lectures of famous writers or activists if they show up in your neck of the woods.

For instance, Ickey is on some kind of world tour in 2016, I already bought my ticket for the New York City gig since I’m not sure he can make it to Canada. I’m also waiting for George Galloway, Norman Finkelstein, Robert Fisk, John Pilger and Seymour Hersch to show up in Montreal. Corporations are only powerful because of the money YOU give THEM. Stop giving them your dollars and falling for the hype and spin and they’re suddenly vulnerable. Look at McDonald’s, changing consumer tastes now mean that they’re practically on their knees.
5) We need to Re-Examine our Collective Past and Accept it and Come to Terms with it. 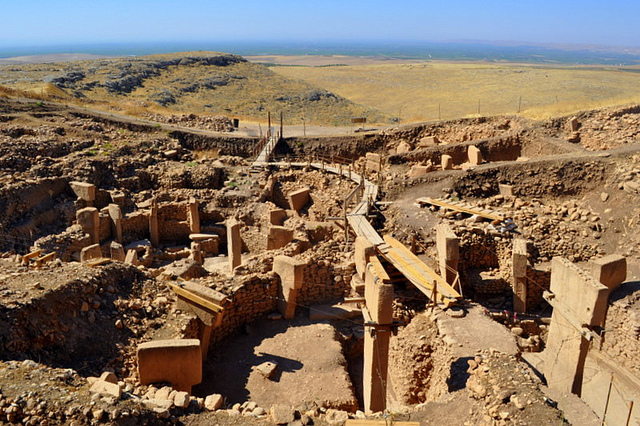 Gobelki Tepe is a bit of a time capsule since the entire site was deliberately buried and was therefore left untouched from later historical periods.

I have been a huge fan and supporter of the works of alternative history researcher Graham Hancock for years now. Graham’s latest “Magicians of the Gods” is quite the bombshell, if you don’t have time to read it or watch and listen to this 3 hour talk he recently gave on the Joe Rogan Show, here it is in a quick nutshell. The Earth has been subjected to cataclysm after cataclysm during its billions of years of history. Most of it is NOT recorded because it predates human life (i.e the meteor which hit the Yucatan peninsula millions of years ago and wiped out the dinosaurs).  With the discovery of pristine megalithic sites like Gobekli Tepe in Turkey, it looks like our human civilization is much older than we thought. Hancock shows that the most recent meteorite hit it may have been as recently as 12 000 years ago, which would jive with stories about the Great Flood, the disappearance of Atlantis and Mu and many other “myths” and legends around the world. He also shows why North America was never the site of any “great” primary civilization like Egypt or Babylon or India or China, mostly because it was North America which got hit by these meteorites most often, and the very sudden and violent Earth changes, wiped out everything in its way, time after time. Whatever survivors there were, were lucky enough to live on afterwards.

This is not entirely correct.

I personally believe Hancock’s hypothesis is correct. If he is, all of human history needs to be rewritten and we’re going to have to accept that new narrative, even if it pisses off academia and the powers that be who want you to believe only their version of history.
6) Get Real with Yourself 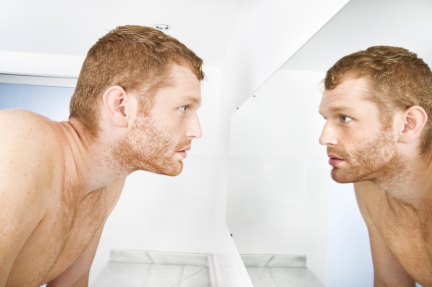 I belong to the school of thought that sometimes you just have to get yourself out of your own way. There are way too many people who are walking around broken and unhealed in some way. That brokenness comes out in strange and unexpected ways, like anger, denial, projection, depression or even personality disorders like Narcissistic Personality Disorder and Post-Traumatic Stress Disorder. There is no shame in admitting you might need some help along the way sometime. There are therapists out there now, that don’t prescribe meds that mess with your brain chemistry, that follow spiritual paths of their own and use mostly talking as a form of therapy. Shop around until you find the right one, just don’t take the first therapist which you cross paths with. I’m not talking about psycho-babble either. I’m talking about realizing certain patterns or certain types of people seem to be following you or are in your life constantly and putting an end to these unhealthy patterns once and for all. That realization comes from you and only you. Patterns like having friends who constantly back-stab you or finding yourself only getting the attention of members of the opposite sex who are already taken or always finding yourself in jobs with a boss who is psychologically abusive. The only common denominator is you. The outside world won’t ever change unless your inside world changes first. That’s a given.

I know a lot of people in the progressive and New Age community are leery of therapists and think that by just doing yoga, or becoming vegan, or constantly praying or having organite in the house, or “not having a problem” is enough or that they alone can solve their own problems without anyone’s help when they’re not even trained professionals themselves. It’s not and it won’t. Sometimes you need that extra pair of unbiased eyes and ears to help you get out of the forest.
Categories: Ascension, Ch-ch-ch-changes, Politico, Pop culture, Spiritual Care giving, This is why the planet is screwed up | Tags: alternative history, consumerism, diet, getting real, petrodollars, Reboot, self-acceptance and change | 6 Comments