Racism and the Occult

Posted on January 7, 2014 by Earth Energy Reader
I don’t know if any of you have read this recent article from Salon.com about how some occult teachings influenced  neo-conservative saint, the former American President Ronald Reagan. 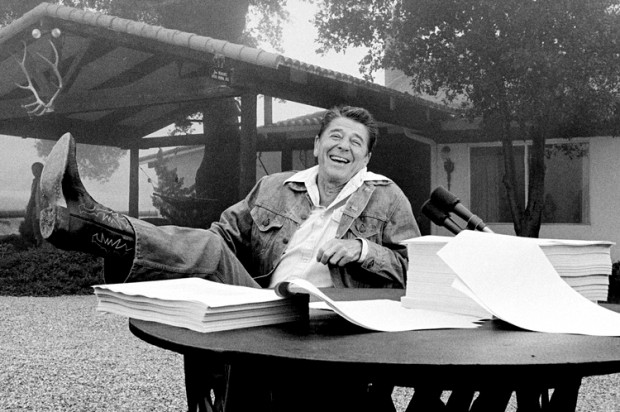 For the record, I couldn’t stand the guy. I thought there was something smarmy about him, to say nothing of the way he bloodily interfered with Central America, Libya, Grenada and Panama. Conservatives these days deify him for “ending the Cold War” when  Mikhail Gorbachev  had a lot to do with it as well.
Reagan was also quite a fascist. When students sat in The People’s Park in Berkeley, California during the 1969 student demonstrations, Reagan (who was then state governor) had state troopers sent in to make sure they got the message to leave. He cut funding to all mental health institutions and hospitals and kicked out all the patients, which increased homeless numbers dramatically in cities like Washington D.C.  The list of things he did which hurt people as opposed to helping them goes on and on. 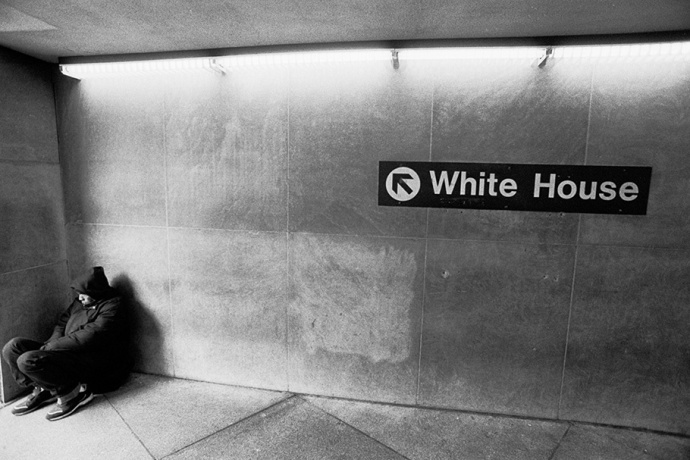 You can thank ole Ronnie for this….

Anyway, it turns out Reagan’s “sunny optimism” of America, as the Land of Destiny with some mysterious mission for humanity has its origins in the writings of noted occultist Manly Palmer Hall.
Hall, wrote his magnum opus “The Secret Teachings of all Ages”  at the age of 27 and went on to found the Philosophical Research Society in Los Angeles, a hot-bed and library for New Age thinkers and influenced practically every single flaky Californian New Age/New Thought writer from North America for decades afterwards including Linda Goodman and more recently, Kathleen McGowan-Coppens. 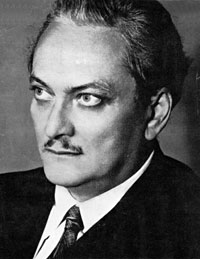 Manly Palmer Hall. Does this look like a happy, wise man to you? (Is dude wearing eyeliner?)

The gist of Hall’s “vision” of America is this: America is the New Atlantis, the souls who are born or find themselves immigrating to North America are reincarnated Atlanteans and that Americans in particular have a sacred duty to realize that “anything is possible” (even while being female and living on minimum wage I guess) and that their own potentiality is only limited by their drive ( so in other words lack of “drive”, makes you a failure as a human being). That America is destined to live out the fate of Atlantis as it should have been, not as it was. This is what Freemasons, Rosicrucians have also been saying for ages as well. It’s nothing new. It also falls in line with the American idea of “Manifest Destiny”, an expansionist policy which they used to justify the Mexican War and expand westwards and slaughtered tribe after tribe of Native Americans to do it. (I always wondered what the Native Americans have to say or think about this bullshit since all this happened at their expense….) 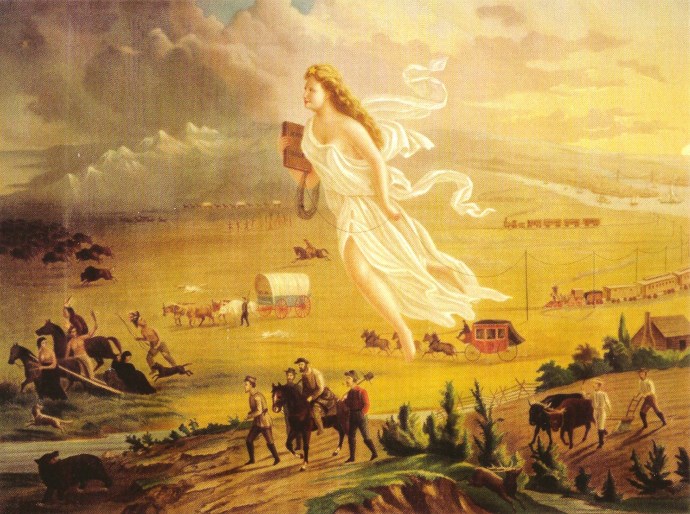 Hall isn’t the only unconscious-bigot in spiritual literature.
Helena Blavatsky, the founder of the Theosophical Society also wrote about “root races” and how the white race were of the “fifth root race” and that the black, red, yellow and brown peoples were of inferior races.

Rudolf Steiner, who was a Theosophist and then founded the Anthroposophical movement, unfortunately picked up these teachings and Waldorf schools in recent years have had to make a concerted effort to rid these teachings from their curriculum and language.

Dion Fortune, even as gifted a writer and occultist as she was, also had the tinge of bigotry in some of her writings which even contemporary occultists like Judika Iles have noted. Fortune was convinced the Western Esoteric tradition was far superior to the “mysticism of Asia”, never mind the fact that ancient Greece and Egypt (the origins of “Western” mysticism ) were actually mingling with Indians, Middle Easterns, Africans and Chinese much more than historians would like you to think).

Even Linda Goodman, when she came up with Lexigrams was convinced that the supremacy of the English language was protected by language elves and Lexigrams could only be done with English names, when she literally never traveled outside the English-speaking world in her life and was completely unilingual and had no knowledge of other languages and therefore never even tried Lexigrams with other languages. Goodman even went so far as to say that the “Higher Selves” of the Native Americans agreed to die and give up the land because their Higher Selves understood the special destiny of America in her book “Star Signs”! I wonder, did the Tibetans do the same thing when the Chinese showed up?

Does anyone see a pattern here?
Hall was Canadian by birth and became American by choice, Blavatsky was Russian, Steiner was German, Fortune was British and they all were writing during the tail-end of the colonial and imperial age of Europe, namely the late 19th to mid 20th century when racist and condescending attitudes towards “conquered colonies and peoples” were prevalent and socially acceptable.

Emma Thompson and Anthony Hopkins in “Howard’s End” based on E. M Forster’s book about Edwardians at the height of British imperial power.

Because Europe and North America was awash in wealth from the colonies, this exaggerated their sense of entitlement and sense of identity, that Fate had something special which was destined for them and them alone, (how else could they be so affluent if it weren’t for Fate giving it to them?) was everywhere and it petered down even into spiritual writings. From there it starts to influence the Ronald Reagans of this world and becomes a “spiritual” excuse for Anglo-American European supremacy.

Scene from “A Passage to India” another E.M Forster book-turned-film which showed the other side of British rule and what happens to Indians who get stuck on the wrong side.

So when you get a Ronald Reagan-type  showing up and spouting this gibberish about America’s date with destiny (or any other American president talking about “American exceptionalism”) or some groups talking about being “The Chosen People”, automatically your antennas should be going up. 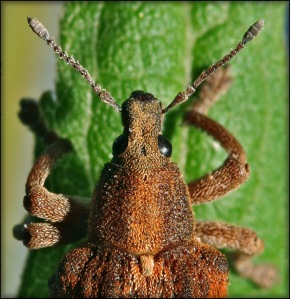 Why is this sort of exclusionary language and groupthink dangerous?

Because when people think they’re special or better than others, they unfortunately have a nasty habit of beginning to feel entitled to anything and everything they want at any and all expense, it means that everyone else who ISN’T in that group is therefore expendable, disposable, negligible and less-worthy than…and therefore you’re allowed to treat them in ways you don’t want to be treated yourself.
And in my book that breaks the first rule of any true civilisation.
Categories: Ascension, Ch-ch-ch-changes, Conspirio, False prophits, Politico, Pop culture, Raise your EQ, Think like the Illuminati, This is why the planet is screwed up | Tags: American exceptionalism, Dion Fortune, Helena Blavatsky, historical revisionism, Manly p. Hall, Occult, Occult influence on politicians, racism, Ronald Reagan, Rudolf Steiner | 5 Comments