The hamlet of Tadoussac, Quebec in the foreground and the Saguenay River fjord in the background

Fjords don’t only exist in Norway.
Quebec also has its share of them, albeit, not nearly as high, dramatic and jagged as the mountains of Norway. They start showing up along the North Shore of Quebec’s St.Laurence River, an area known for its remoteness, fjords, rugged natural beauty and whales.

The village of Tadoussac, with the oldest chapel in North America in the foreground.

The tiny village of Tadoussac is one such hot spot. With the oldest chapel in North America, one of the earliest settlements and a former trading post, Tadoussac is also one of the most active whale watching spots in the world.

Where Tadoussac is located

Beluga whales, minke whales, sperm whales, right whales and the biggest of them all, blue whales are regularly sighted here since it is a confluence of the St. Laurence (salty water)  and Saguenay (fresh water) rivers, giving the whales a safe and protected place to eat and get fat during the summer and fall, before they make the long migration to the Tierra del Fuego at the bottom of South America.

A French poster of all the whales found in the St. Laurence River basin

Aside from the whales, the energy here is off the charts. I think the Manicouagan meteor/crater and the island and lake it formed, the so-called “Eye of Quebec”, probably also have something to do with it.  Maybe that’s why such high-frequency animals like whales also like it here. 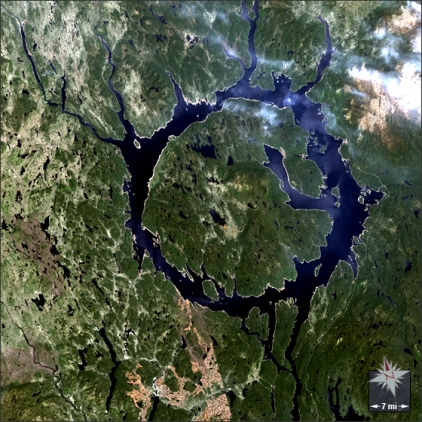 The Manicouagan meteor hit created this perfectly round lake and raised island, as seen from space.

I was there this past weekend and I found the timing of the chance to go very interesting since it coincided with last Sunday night’s Blood Moon/lunar eclipse (which some websites seemed to be going apeshit over) AND Pope Francis’ visit to the US.

My 11 month-old nephew was with us so we couldn’t take a Zodiac boat which would have afforded us a closer look at the whales, but rather we took a whale watching ferry-boat. Even then, we managed to see a whole pod of white beluga whales frolicking around us,

A pod of white beluga whales. They are a gregarious species and always show up in a group.

…and 4 minke whales came very close to the boat. One of them came out of the water practically 10 feet away from me, so close to the side of the boat that I was practically looking down directly into its blowhole.

When you get this close to these giant, majestic beasts of nature in their natural habitat, a few thoughts immediately hit you: 1) We’re nothing but an existential speck of dust in the grand scheme of things 2) There are species of beings on this planet what are far older and wiser than we ever will be 3) Human beings, as we are now, act like  annoying, immature,  invasive pest species 4) The natural world can transform us and heal us if we let it and take the right attitude. 5) We still have so much to learn and improve on. 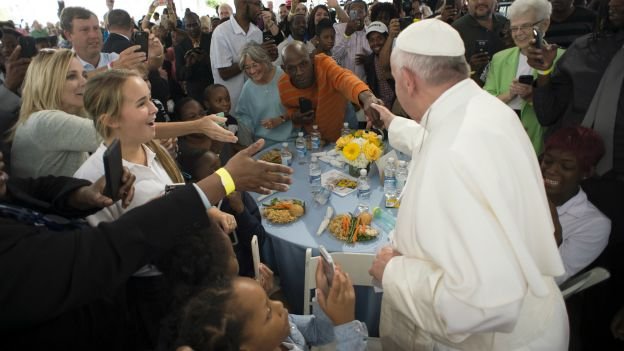 Truth and justice are like whales in many ways, you may not see them often, they hide in the depths, in secret places you and I will never experience, they are very shy creatures, they only come up for air and are seen here and there but when you do see them, they are gifts that leave an indelible mark on you forever after. They are immensely powerful beasts who don’t realize their own strength, where even a random flip of their fin or tail can inadvertently kill or harm.  Love them and they will love you right back and show themselves to you. They are creatures which have taken on a mythical and mystical status, the stuff of legends and folk tales, but just because you don’t always see them, doesn’t mean that they are not there, dreaming, singing, remembering and on occasion, surfacing.