Posts Tagged With: The Law of Exchange

The Law of Exchange

“Tell yourself that all human beings are your brothers and sisters, and if you learn to accept them, with their weaknesses, their shortcomings and the difficulties they create for you, you will attract the benevolence and support of heavenly beings.  Never be like those people who turn away from others on the pretext that they are inferior.  Such ignorant people do not know that when they do this they are transgressing the law of exchange and that, as a consequence, the divine world will refuse to make exchanges with them.  It is up to each one of us to find out how to establish true contact with others.  May scientists be happy to give their knowledge and the wise to give their light, and may those who receive them be delighted to have been taught and enlightened.  May the strong be happy to support the weak and the rich to help the poor, and may the weak and the poor be grateful to feel they have been helped.  All those who refuse to allow their wealth to circulate, in whatever sphere, are like stagnant water. They will never discover the meaning of life, for life can only be found in free circulation and exchanges. Just because people are different from you, it doesn’t mean you have the right to mistreat them or ignore them. You will do better to try to understand them.  In this way you will be establishing a good habit, which will then protect you from many dangers. You meet people who think they are so important.  They think they don’t have to make any effort for little ants. But maybe one day they will find themselves, like in fairy stories, having to sort thousands of grains of wheat, barley or rice in a few hours, and then they will be very pleased when the ‘ants’ come to their aid. Or else they will be bound tightly hand and foot, and a little mouse will start gnawing at the rope to set them free. 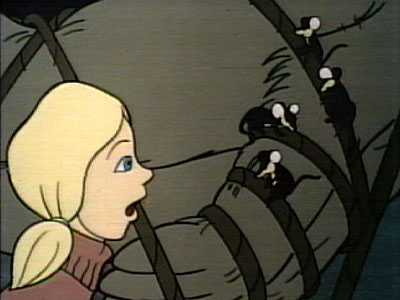 Lucy noticing the mice gnawing away the ropes around Aslan at the Stone Table in an animated version of “The Lion, The Witch and the Wardrobe”

You will say, ‘But those are fables, fairy stories for children!’ If you like… The mice and the ants represent those people you mix with that you tend to look down on.  But who knows?  Perhaps those people you were able to show some respect, because they deserved it, will one day come to your rescue. There are invisible beings who can come down to help us, and if you want them to pay you a visit and to stay, you must prepare the right conditions in yourself.  Yes, never forget that divine beings are always ready to visit you and that they seek a place to dwell in your heart, soul and spirit, so they may work and bring you their riches.  It is only people’s negligence and lack of appreciation for their presence and help that keeps these entities away. They are fully aware that human beings are imperfect, weak and silly, and yet they excuse them and do not let this stop them. On the contrary, they say: ‘Oh, what a state the poor things are in, they need help!’ But if they see that people do not appreciate what they bring, they leave. Not because they need to be respected or thanked, no, but because they know that ingratitude prevents people from profiting from the blessings they are offered.

I am, in small degrees , a supernaturalist.

That probably doesn’t jive with a lot of people (and that’s cool) but I do firmly believe that all that we can see, hear, touch, smell and taste is not all that there is (Is it just me but isn’t it strange that 4 of our 5 senses are centered around the head? Are there others in other parts of the body and they are just dormant?).

Mycobacteria in your tummy

There’s much more, we just haven’t been able to quantify or record these things mostly because the instruments, physics and mathematics just aren’t there yet. It’s all relative. I mean if you were to go up to a feudal serf in medieval France and show him a picture of a what a real microbe or virus looks like and explain to him that it is living underneath his fingernails or on his skin when he doesn’t take a bath after six months, he’d probably run screaming off to the local church official and have you burned alive. That microbe may not have been something which anyone could see, quantify or touch back then, but it doesn’t change that it was still there. Thankfully, germ theory changed a lot of things. That’s what I mean by relativity.

Likewise, I do think, like what Aivanhov suggests, there are lifeforms which populate this universe way beyond us. Mostly good, some bad but because I think evil has its limitations, the more benevolent forces are far more advanced in form and expression. I’m not talking about Ascended Masters bullshit and all the crap many New Agers sprout. I don’t think they are in a form we can even relate to except perhaps in flashes of insight, sudden intuition and those all-too-rare moments of pure transcendence or grace. However, if the quote is true and they are indeed ready to help us, it also means we have to hold up our end of the law of exchange as well.

I think what is stopping so many people to practice that law of exchange is 1) Fear, fear that if they give anything away, they will never have anything to show for it  and 2) Greed. We are living in a world culture which is largely predicated on class-warfare and with the “Haves” displaying a horrific culture of entitlement. Too many people thinking that if they display any form of kindness, decency, gentleness or compassion, there will be less of it to go around to them.

This culture of entitlement has many, many expressions. From an impossible diva like Jennifer Lopez who has it written into contracts with the hired help that they are not to make eye-contact with her at any time to Generation Y college grads who get upset that they may have to work on a project which requires a longer attention span, of say a mouse. 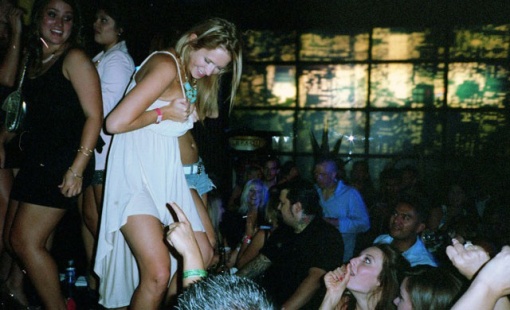 Moll girls at play. From Vice.com

I recently read about the phenomena of the “moll girls” in Australia over at Vice. It’s mostly girls, usually in their early 20s, mostly from upper middle class to upper class backgrounds acting like thuggish boys. I mean binge drinking, fighting with each other physically, even fighting with boys as a gang, sleeping around randomly as a form of “empowerment” usually at clubs and bars. Generally acting very boorish and vulgar and throwing a fit at even the hint they may not get what (or who)  they want in the next 10 seconds.

Whenever I watch people who give off that “I’m Entitled to do Anything I Want” vibe, I always detect fierce anger underneath…as well as deep hurt. Somehow, somewhere along the line, something damaged them. I’m not justifying that behaviour but I do think it’s a scar that they carry around and it manifests in other ways 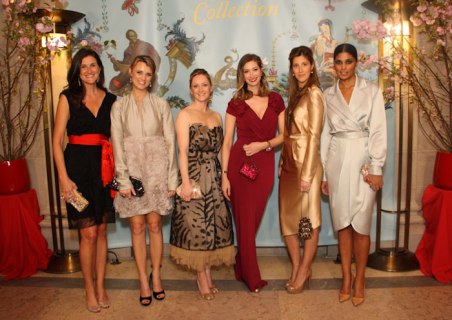 A typical group of socialites as featured in New York Social Diary.

When I used to work at non-profits, many of the charity fundraising events were chaired by local socialites and I have to say, they are easily the rudest, bitchiest, most self-absorbed and neurotic women I’ve ever come across. Many of their husbands were captains of industry so they were, in short, bored, flaky trophy wives. They used to treat us at the non-profits like we were their domestic help and would often get away with it unless you said something and put them in their place. I don’t think many of them were happily married or for that matter were even in love with their husbands (most of their husbands were really old and not particularly attractive…). I think because in some ways, they were disempowered in some areas of their lives, they tried to exert extra power in other areas to compensate.

The wedding of Jackie Kennedy to Aristotle Onassis. The two Kennedy kids, Caroline and JKF Jr. don’t look very happy, do they?

It was rumored that Jackie Kennedy, when she married Aristotle Onassis, one of the stipulations  was that she was required to have sex with him 3 times a day at anytime he wanted and she would have an expense account which allowed her to spend $10 000 – $15 000 a day at high-end New York department stores on anything she wanted. Do the math.

Thanks but no thanks, I’d rather be happy, unhindered, minding my own business and free to see, experience and receive the magic this world and life has to offer. 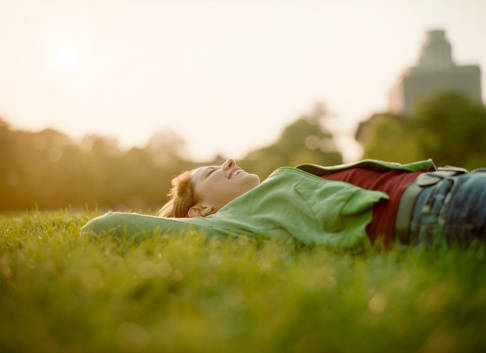 Categories: Ascension, Pop culture, Raise your EQ, This is why the planet is screwed up, Those unseen things | Tags: Entitlement, free circulation of positive energy, moll girls, socialites, The Law of Exchange | 6 Comments