The Power of Touch and the Touch of Power

The recent news about hot yoga shyster Bikram Choudhury being accused of rape has been generating a lot of discussion online and off about the whole nature of power within the context of guru/student dynamics as well as male/female dynamics.

It got me thinking about the most primary of relationships which we all experience, that we have with the opposite sex (I don’t mean to exclude transgendered persons from this discussion, I’m just writing out of my own experience so apologies in advance if anyone may take offence). In my case, it’s not really about Dad, or brother or uncle or Grandpa. It’s mostly the kind when sexual dynamics and chemistry come into play.

I’m writing this from the perspective of a heterosexual female, so bear with me a second for anyone who does not belong to that same group. Call me sensitive but there is a major difference in the way a man touches you which, if you’re alert can tell you almost everything you need to know about him and what he wants out of you, what he really feels about you, what he really thinks about you. It’s hard to describe but a whole host of elements come into play when a man touches you, how quickly he tries to touch you and where, how much pressure he exerts when he does touch you, how lightly, how fervently, how calmly, how warmly, how suddenly, how hard or how soft. Maybe I’m some kind of freak but I’ve been able to read exactly what was going on just by the way a guy touched me. It doesn’t even have to be in a romantic context like in a kiss or embrace. It could be even in a handshake or the way he hands me half his sandwich.

Sometimes less is a lot more…

I remember meeting with someone, we had not seen each other in a few years and we went out for dinner a few times to catch up, the chemistry was still there but long story short, nothing would ever come of it. I remember saying goodbye to him and he suddenly grabbed my shoulder. It was too abrupt, too sudden and he was digging into my skin too hard. I did not detect any softness, any patience in that touch. I wiggled myself out of his grip but then I realized all too clearly that I was nothing but a diversion for him. I also picked up almost instantaneously that if we were to become lovers, he would be a very selfish one. That’s when I lost all interest and realized it was a dead-end. I have since heard that he cheats on his wife regularly now. It doesn’t surprise me in the least.

I remember another time when someone else lightly kissed my forehead. In that second, I could have been knocked over by a feather. It wasn’t just chemistry but there was a gentle sincerity and respect there which in itself is insanely attractive. Things didn’t work out, we were and are too different and have different dreams but I have nothing but good things to say about him, he’s a really good guy and I’m sure he’ll make the right girl very, very happy one day.
Now in the context of yoga, some of the yoga asanas can be sexual.
You’re spread out wide open, legs open, legs in the air 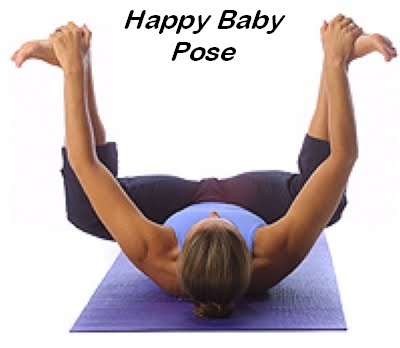 Now, I don’t want to make the victims of shady gurus and shady yoga instructors out to be in the wrong, and say that they should have known better and walked away earlier and bypassed the abuse. That’s like saying that women who are victims of domestic violence should have known better before getting involved with such-and-such jerk. But the promises of romantic love and fulfillment can often be as alluring as the promises of spiritual gifts and abilities and in that respect, they may not be all that different from each other. 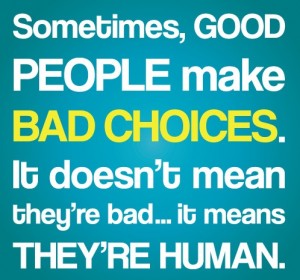 Some gurus promise initiation or revelations of spiritual secrets and abilities if “you just listen to everything I say and do as I say.” For someone who doesn’t know any better, the glamour of spiritual specialness or of attaining what Alan Watts called “psychic technologies” (i.e bilocation, telekinesis, Enlightenment, levitation, mind-reading etc.) is too irresistable an offer to pass up.

Real spiritual initiation usually involves handing down teachings after years of study or being a student. It should NOT make you feel uncomfortable, or cornered.

Likewise some potential romantic partners may allure you with dreams of butterflies in your stomach, a  few sessions of hot, sweaty, toe-curling sex, maybe even happily ever after just as long as you follow what I call “The Script”. The Script can change from year to year, maybe it might mean sex on the first date but no later than the third. It might mean observing the highly changeable rites of courtship and following the ground rules which society at large has decided on. It might mean following the advice as featured in this month’s issue of Cosmopolitan or Details magazine.

I hate this magazine.

Both prey on the fears and on what’s lacking in one’s life and that if this one thing is not lacking anymore, we will be happy. I personally think it’s even more basic than that, it’s really about Power. That by attaining these things, we become more powerful and in control and here I have to agree with Watts completely, that power in that sense is really not something you want, especially the kind of power which involves controlling other people. When we can control other people, we basically want them to be like wooden dolls in a scenario or dream of our choosing. What makes life interesting is that wildcard factor, when we let go of that control and let things happen as they may. When people talk back to us, when last-minute changes happen.
Being in power over ourselves is OK.
Being in power over others is not.
Categories: Ascension, False prophits, Pop culture, Raise your EQ, This is why the planet is screwed up, Yoga | Tags: control, love, men and women, power, sexual power, spiritual power, touch, Yoga | 1 Comment